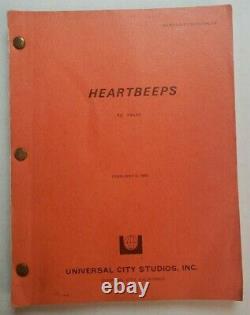 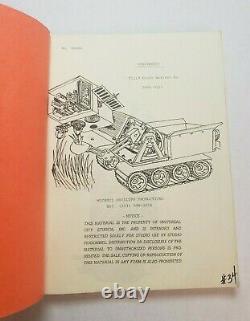 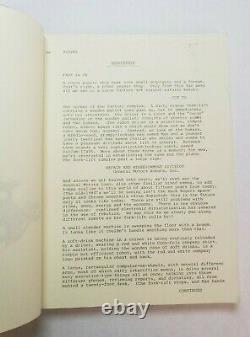 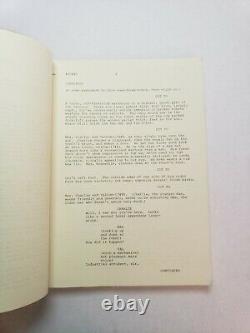 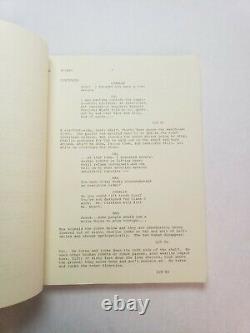 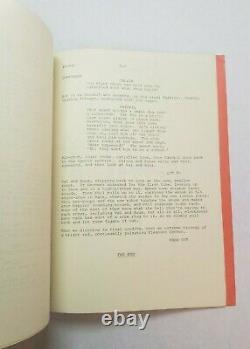 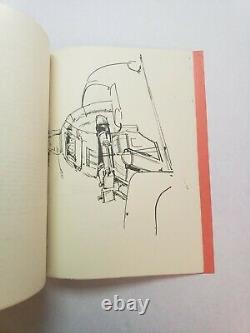 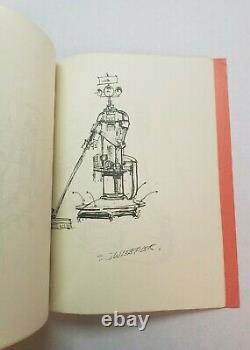 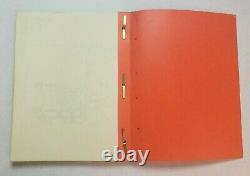 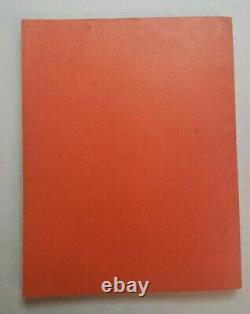 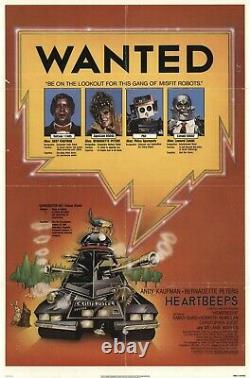 Script Dated: February 6, 1980. This is an original movie script used during the making of the 1981 Sci-Fi film titled, "Heartbeeps". This script has the original orange, Universal Studios, production cover.

It is complete and it is 113 pages long. The skecth drawings at the back of the script are not hand drawn. They were just printed like that and then included in the scripts when they were issued out to the Cast & Crew members.

Please view all of the pictures above carefully. This script is in very good overall condition. It shows the appropriate signs of aging for being used during the early 1980's. Val and Aqua are two household servant robots who start feeling emotions for each other.

After falling in love, they decide to escape from their servitude and attempt to start a family of their own. THE POSTER SHOWN IN THE LAST PICTURE ABOVE IS NOT INCLUDED, IT IS JUST BEING USED AS A VISUAL REFERENCE. Specializes in rare and collectible movie scripts.