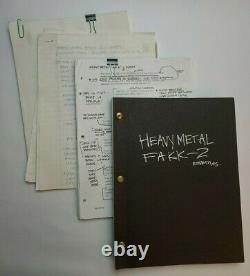 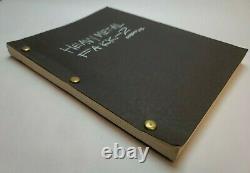 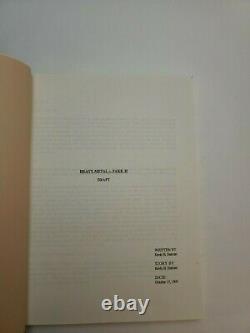 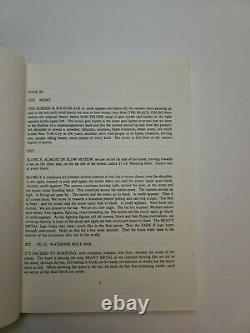 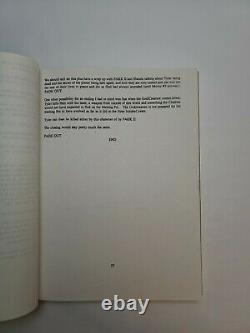 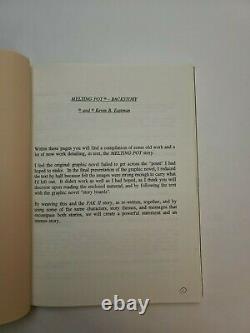 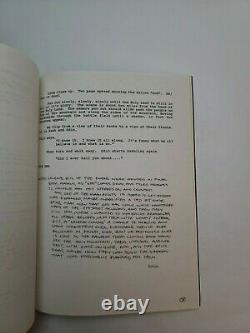 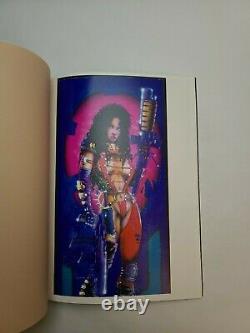 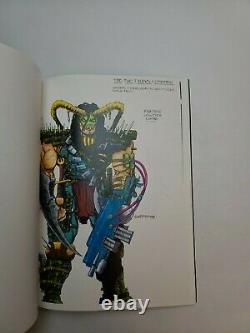 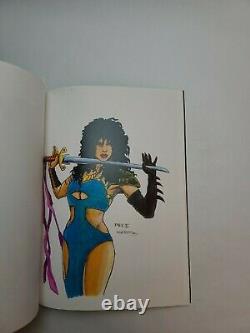 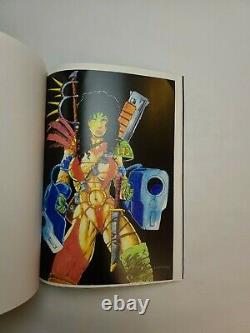 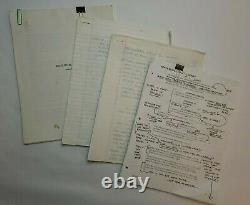 Working Title: Heavy Metal: F. This is an Original Movie Script used during the early stages in making the 2000 film titled, "Heavy Metal 2000".

This script has the original working title which was, Heavy Metal: F. This script has all white pages throughout it inside. It is complete and it is 27 pages long.

It also includes the Melting Pot Backstory which is 78 pages long. The back of the script contains some different colored images of the characters, these pictures are NOT hand drawn.

This script also includes some handwritten notes related to the film. All of the pages inside are in good condition. Please view all of the pictures above carefully. In ages past, a malevolent race called the Arakacians discovered a place where space-time leaked an immortality water.

The Arakacians conquered the known universe for centuries, and were finally vanquished after the fountain chamber was sealed by freedom fighters. Upon discovery of a shard of the Loc-Nar (the evil orb from the original movie), a miner named Tyler becomes possessed by an insatiable hunger for power and a thirst for immortality. On his way to a planet which has the immortality fountain, Tyler makes a brief stop on F. ² (Federation-Assigned Ketogenic Killzone) because its inhabitants carry some immortality water in their bodies.

Tyler invades the space colony, wipes out most of the inhabitants, and kidnaps a beautiful woman named Kerrie. Enraged by Tyler's careless rampage, Kerrie's beautiful sister Julie vows to avenge her family and wipe out Tyler before he reaches the fountain. THE POSTER SHOWN IN THE LAST PICTURE ABOVE IS NOT INCLUDED, IT IS JUST BEING USED AS A VISUAL REFERENCE. Specializes in rare and collectible movie scripts. Our scripts are genuine, authentic and screen used. We also carry movie props from no genre in particular.

Whatever actor, producer, director, writer or specific film department you are looking for, we probably have a movie script related to the person you are looking for in some form or fashion. I know that there are a lot of items to search through, but there is definitely something for you. Once you check off this little box it will allow you to search for a specific word that is contained in any of our listings' actual description. Here all of the original movie scripts will be categorized by decade, which will help you to narrow down what you are looking for by the year it was made. The item "HEAVY METAL 2000 / Kevin Eastman 1995 cult Animated Film script, Julie Strain" is in sale since Sunday, October 4, 2020.