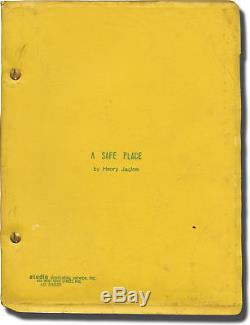 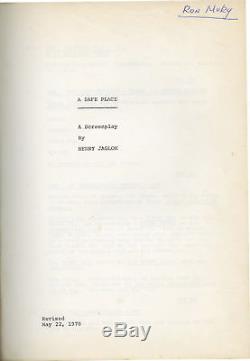 Henry Jaglom's directorial debut. Tuesday Weld plays an aging, mentally disturbed flower child who lives alone in New York and longs to relive her childhood, including memories of a Central Park magician (Orson Welles) who used to give her magical objects.

The item "Henry Jaglom SAFE PLACE Original screenplay for the 1971 film 1970 #144711" is in sale since Wednesday, January 9, 2019. This item is in the category "Entertainment Memorabilia\Movie Memorabilia\Scripts\Originals\Unsigned".