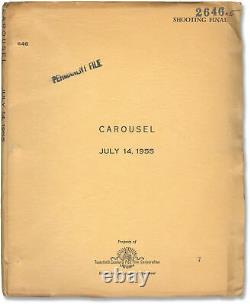 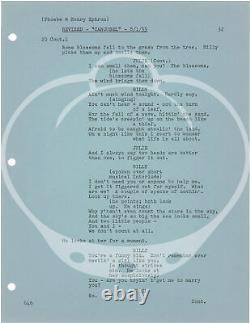 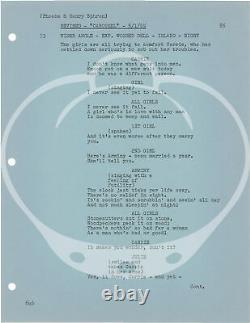 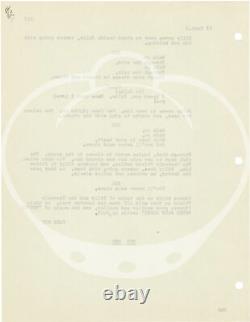 Description: Final Shooting script for the 1956 film. Based on the 1945 musical by Richard Rodgers and Oscar Hammerstein II, in turn based on the 1909 play "Liliom" by Ferenc Molnar.

A former carousel barker dies in the process of committing a robbery, but is granted the opportunity to return to Earth for one day to make amends to his wife and daughter, 15 years after his death. Set and shot on location in Augusta, Newcastle, Camden, and Boothbay Harbor, Maine. Beige titled wrappers, noted as SHOOTING FINAL on the front wrapper, rubber-stamped copy No. 7, dated July 14, 1955.

Pages Near Fine, wrapper Near Fine, bound internally with three gold brads. Subject: 1950s Cinema, Circus, Fantasy, Film Scripts, Films Based on Plays, Musical. Royal Books is located in the midtown area of Baltimore, Maryland. Since 1996, we have specialized in rare books and paper relating to twentieth century literature, genre fiction, the arts, and popular culture, with a particular emphasis on cinema. All books noted as First Editions are also First Printings unless indicated otherwise.