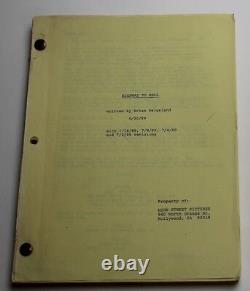 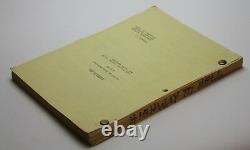 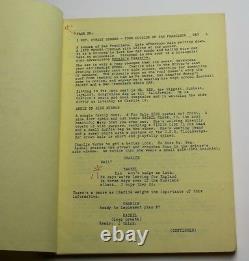 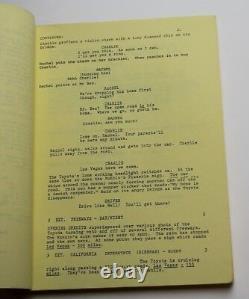 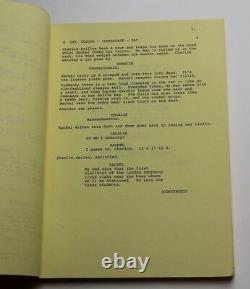 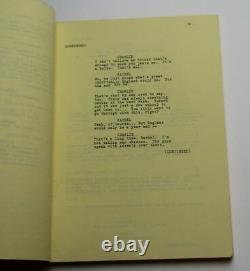 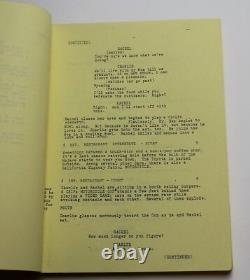 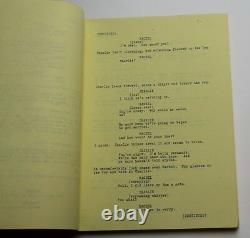 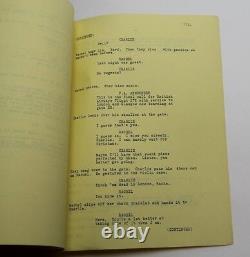 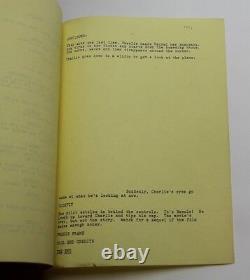 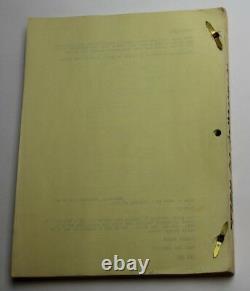 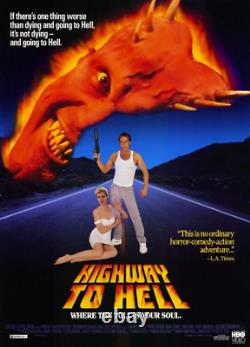 Script Dated: July 16, 1989. This is an original movie script from the 1991 B Horror Comedy film, Highway to Hell. This script has all yellow pages inside and it is 111 pages long. Please view the pictures above. This script is very rare, it's an awesome piece of movie memorabilia. Starring: Chad Lowe, Kristy Swanson & Patrick Bergin. Charlie Sykes and his girlfriend Rachel Clark are traveling to Las Vegas to secretly get married to each other. The decide to follow through a secondary road, and while fueling their car in "Sam's Last Chance" gas station, they are advised by the owner and attendant Sam to not sleep after the second tree in the road. They fall asleep in the car, and a policeman arrests Rachel.

We also carry movie props from no genre in particular. Furthermore, all of our items that are not props or scripts can be found in our Other Memorabilia category. We do not sell reproductions or fakes. We have one of the largest collections of original movie screenplays in the world. We also carry scripts used in Television, Broadway, Radio and other forms of entertainment. Every script that we own was hand-picked one at a time over the many years of which we have been collecting. A lot of people, new to collecting, are confused about the word Original. " In terms of movie scripts, the term "Original means that it was used by the production company in the early stages of production or that it was issued out to the cast and crew members during filming, and used at the time of production.