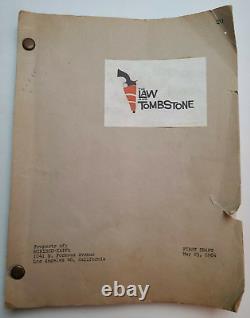 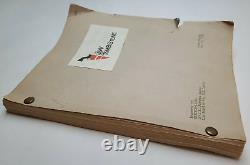 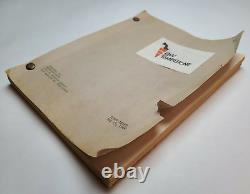 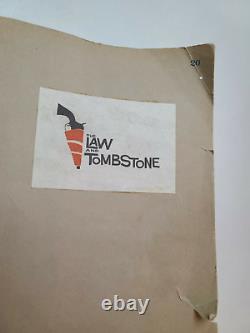 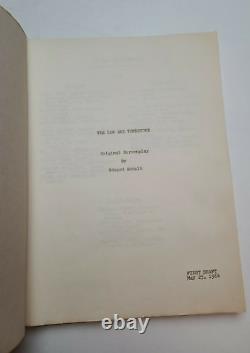 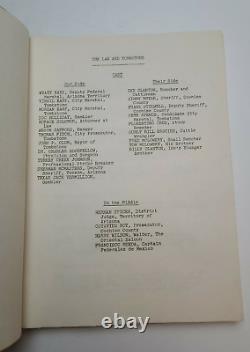 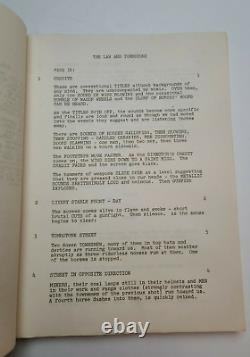 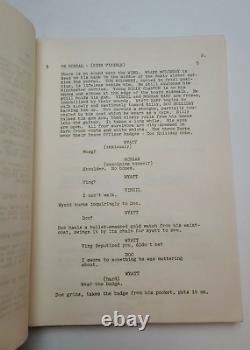 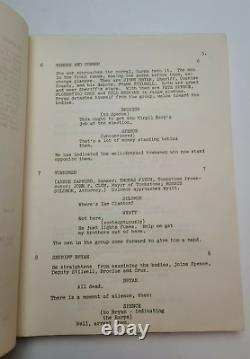 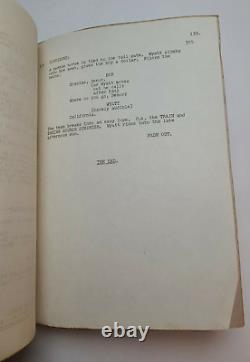 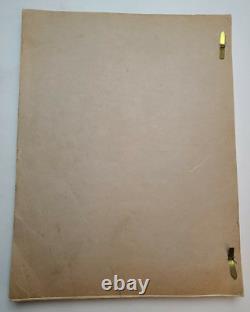 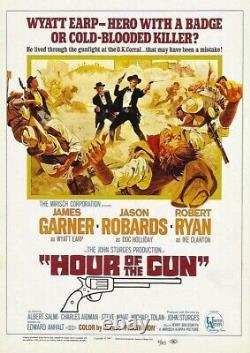 Working Title: "The Law and Tombstone". This is an Original Movie Script used during the early stages in making the 1967 film titled, "Hour of the Gun". This script has the original, Mirisch-Kappa Production. Production cover which has a title label glued on to it with the Working Title of the film, "The Law and Tombstone". The right edge of the front cover has a tear.

This script has all white pages throughout it inside. It is 139 pages long.

Please view all of the pictures above carefully. This script is in good overall condition. Marshal Wyatt Earp kills a couple of men of the Clanton gang in a fight. In revenge, Clanton's thugs kill the Marshal's brother. Thus, Wyatt starts to chase the killers together with his friend Doc Holliday.