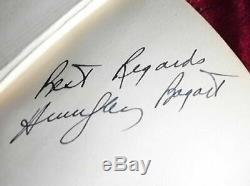 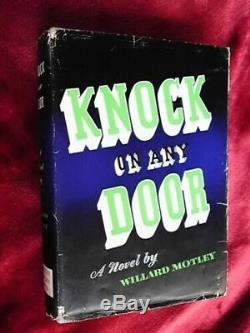 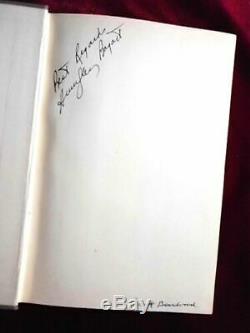 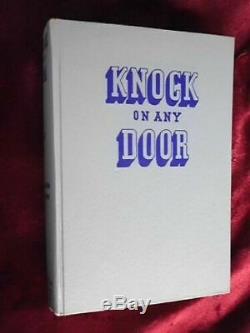 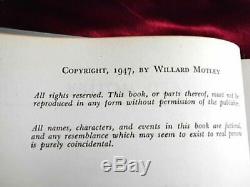 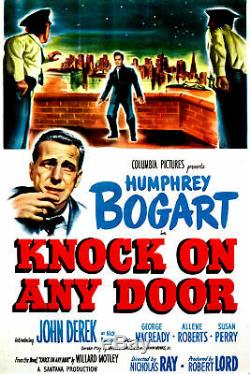 This appears to be an original Humphrey Bogart autograph , inscribed on the first page of a novel, possibly given as a gift to a friend. I have seen a nearly-identical Bogart signature in another book. I've set the price at a fraction of what a Bogart autograph normally brings. Knock On Any Door , the first novel by African-American author Willard Motley, was a popular and critically acclaimed book at the time of its publication in 1947. Bogart starred in the 1949 film version as an idealistic lawyer defending a juvenile delinquent from the slum where the lawyer grew up. The book, a hardcover first printing, is in pretty good shape for its age, the jacket somewhat worn but still in one piece and the book quite nice. The former owner's small signature is at the bottom of the page Bogart that has signed "Jack Beardwood"?

Bogart's signature is usually found on autograph album pages, publicity stills, and the like, rarely in books. This is a very rare, possibly unique collector's item, at an extremely low price. The film poster pictured does not appear in the book. The item "HUMPHREY BOGART, ORIGINAL AUTOGRAPH Signature in Knock On Any Door book/film" is in sale since Friday, March 6, 2020. This item is in the category "Books\Antiquarian & Collectible".

The seller is "cgbooks" and is located in Idyllwild, California. This item can be shipped worldwide.