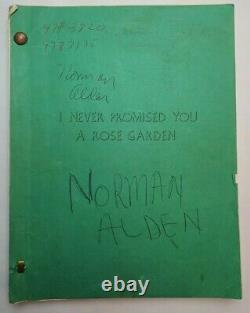 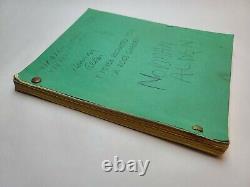 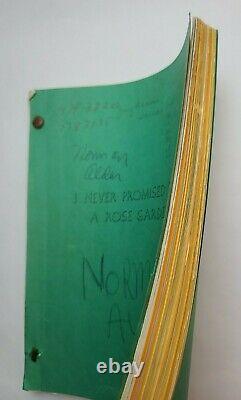 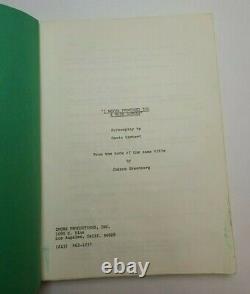 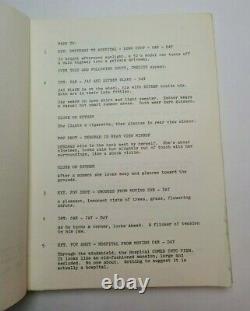 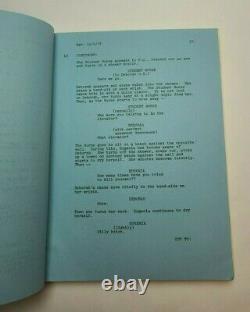 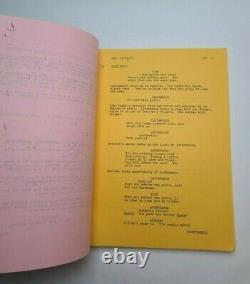 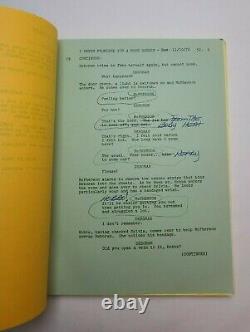 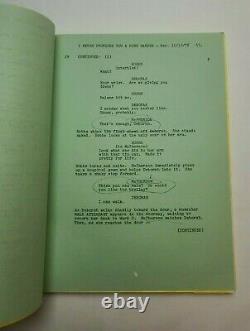 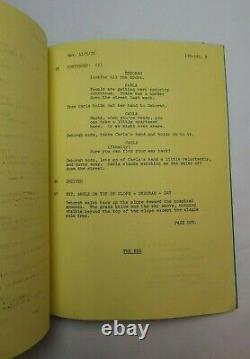 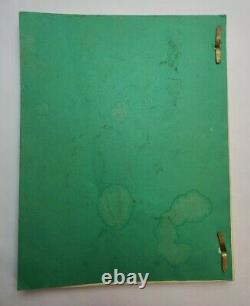 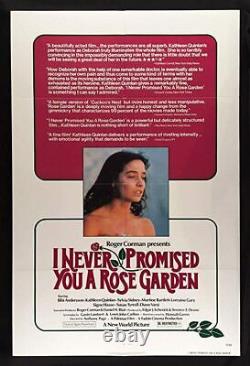 Cover with the Title on it. This script was used by actor, Norman Alden. Only 2 of the pages inside have his own handwritten markings on them. I have provided pictures of both of those pages above.

This script has multi-colored revision pages throughout inside and it is 114 pages long. The Title Page and back cover have small water stain marks on them. Please view all of the pictures above carefully. This script is in good overall condition.

It shows the appropriate signs of aging for being used during the 1970's. Based very loosely on the intricate novel by Joanne Greenberg. A young woman's devotion to a childhood fantasy kingdom has taken over her entire life and causes her endless pain and degradation. Placed in a mental hospital, she has the great good fortune to have a truly caring therapist who tries to help her accept reality, even though reality isn't so great either. THE POSTER SHOWN IN THE LAST PICTURE ABOVE IS NOT INCLUDED, IT IS JUST BEING USED AS A VISUAL REFERENCE.

A lot of people, new to collecting, are confused about the word Original. " In terms of movie scripts, the term "Original means that it was used by the production company in the early stages of production or that it was issued out to the cast and crew members during filming, and used at the time of production. Any scripts printed or used in any fashion after filming has completed are known as either a reproduction or a post-production script. These two types of scripts are much less valuable and desirable. All of our scripts are Original.. An original movie script has a lot of character in the item itself and every one of them is different in some way or another. There is usually only one script given to each crew member during production, however, sometimes they do get more than one. This makes original movie scripts very desirable because of how scarce they are. Any changes made to the screenplay during production are known as revisions and these revision pages are inserted into that one script that was issued out to them. For example, if we are talking about a low-budget film with a small cast and only a few crew members, there are actually only a small number of scripts in existence around the world for that film. This aspect of collecting makes it fun but also difficult because there may be a certain writer or director that you love to collect and there may only be a handful of movie scripts that still exist from that specific film that you are looking for. We have some of the rarest movie scripts in the world.