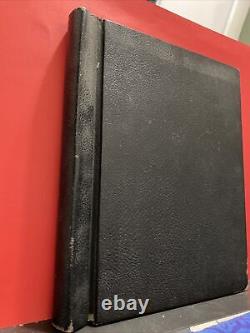 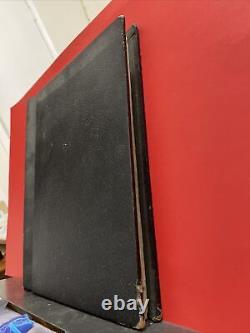 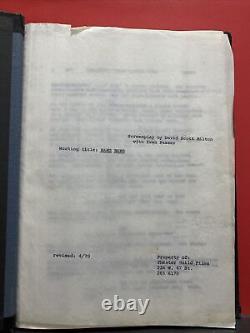 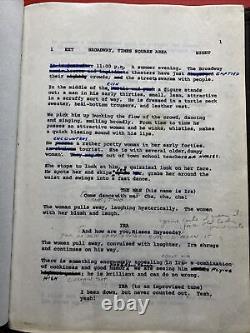 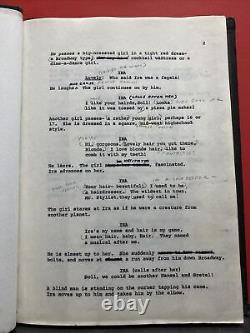 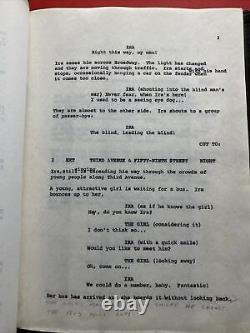 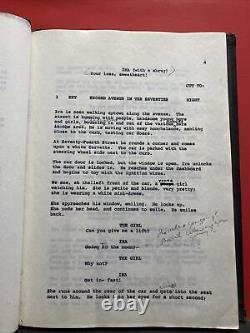 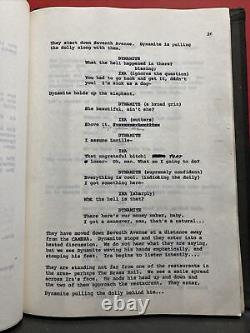 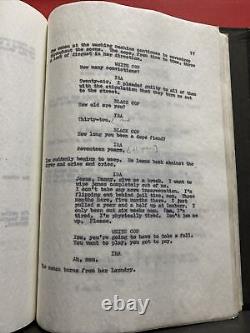 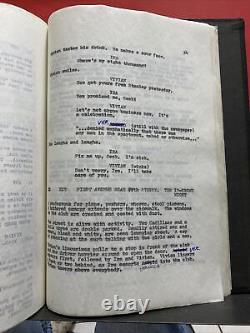 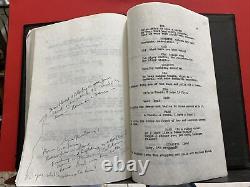 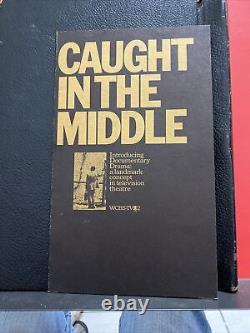 This is a movie screenplay by David Scott Milton and Ivan passer PASSER. It says property of Theatre Guild films revised 4 of 1970. It's bound in a cover and it's on that clear paper. And it's typed, tons of penciled in pennedd in notes. Things are crossed out with blue ink black ink re written in blue ink re written in pencil.

This was a working working copy there are 153 pages of this script and it's in a it's bound in a cover that says David Scott Milton. And it gives his address in New York and it's got some other names on it on the inside of the front cover.

Ivan Passer was one of the key authors of the "new wave" of Czech cinema, a group of young people who forged an energetic and transgressive film movement in the 1960s, breaking away from the precepts of hard socialist realism. Passer was not only the author of the scenarios of his own films, but he also worked on the scripts of the first four motion pictures made by his countryman, friend and colleague Milos Forman: "Konkurs" (1963), "Black Petr" (1964), "Loves of a Blonde" (1965) and "The Firemen's Ball" (1967).

The grandson of a silent movie screenwriter and son of a Jewish couple persecuted by the Nazis, Ivan was a rebel boy, sent to a boarding school where he became friends with Milos. Together they went to study cinema at the FAMU film school in Prague, but young Ivan was eventually expelled from the academy. By then he had acquired skills in movie-making, some experience and had key friends, such as cinematographer Miroslav Ondricek. With Forman and other friends, they made their first movies. Please see imdb for more info. This item is in the category "Entertainment Memorabilia\Movie Memorabilia\Scripts\Originals\Unsigned". The seller is "tebr-780" and is located in this country: US. This item can be shipped to United States.