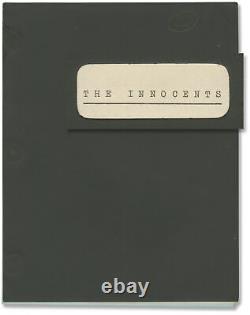 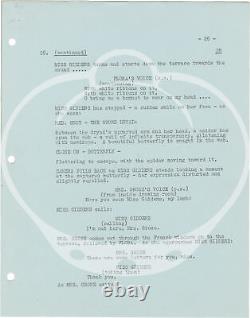 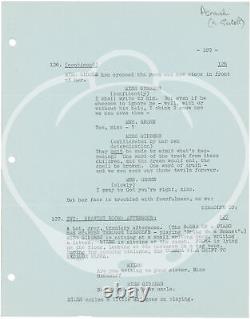 One of the most successful adaptations of a Henry James work, and a classic of literary horror films, in which Deborah Kerr plays a governess who believes her two young wards are being possessed by spirits. Prior to Capote's involvement with the script, the events occurring were presented as literally happening, but Capote's edits introduce the possibility of plausible insanity in the case of the governess as an explanation (though this is famously never clarified by the film's end). Capote worked on this script concurrently with "In Cold Blood, " and even so is said to have turned it around in only eight weeks. The film utilizes notably dramatic staging and editing, and is also the first to us synthesized electronic sounds, created by Daphne Oram. Nominated for the Palme d'Or. Shot on location in England. Black untitled wrappers with a die cut title window, noted as copy No.

This item is in the category "Entertainment Memorabilia\Movie Memorabilia\Scripts\Originals\Unsigned". The seller is "vanburenantiques" and is located in this country: US. This item can be shipped to North, South, or Latin America, all countries in Europe, Japan, Australia.