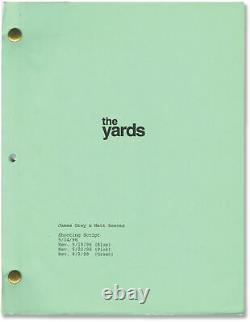 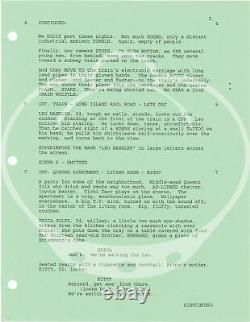 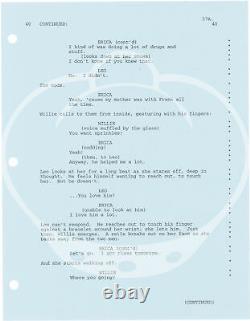 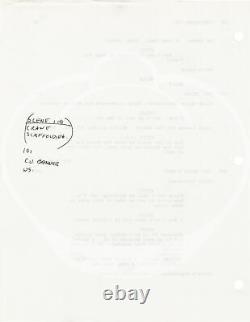 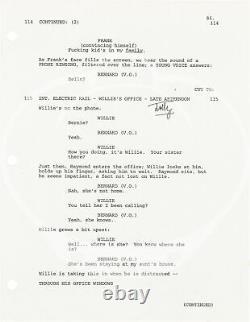 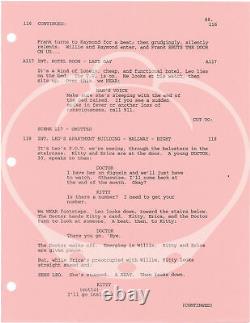 Leo (Mark Wahlberg), out of prison for auto theft, attempts to go straight and gets a job with his uncle Frank (James Caan), one of the largest contractors at the rail yards, rife with corruption and graft. Nominated for the Palm d'Or. Set in and shot on location in New York City. Self wrappers with front wrapper integral with title page, dated 5/14/98, noted as Shooting Script, with credits for screenwriters James Gray and Matt Reeves. 144 leaves, with last page of text numbered 126-127.

Mimeograph duplication, rectos only, with bue, pink, and green revision pages throughout, dated variously between 5/18/98 and 6/2/98. Pages Near Fine, bound with two gold brads, and house in a Very Good plus spring binder with rubbing at crown and heel. Subject: 2000s Cinema, Cannes Film Festival, Film Noir, Film Scripts, Mystery and Crime, Romance. Royal Books is located in the midtown area of Baltimore, Maryland. Since 1996, we have specialized in rare books and paper relating to twentieth century literature, genre fiction, the arts, and popular culture, with a particular emphasis on cinema.