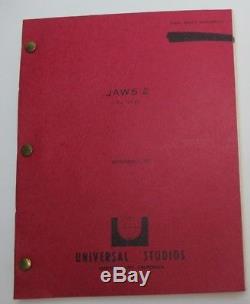 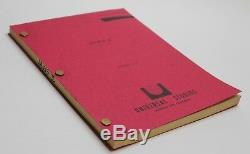 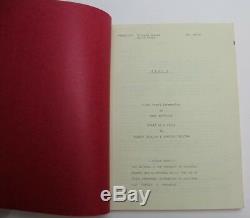 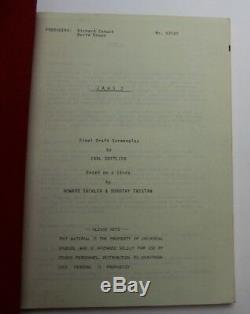 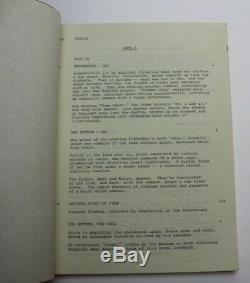 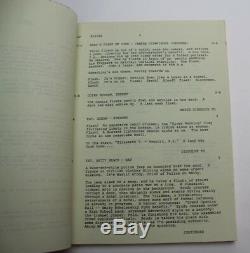 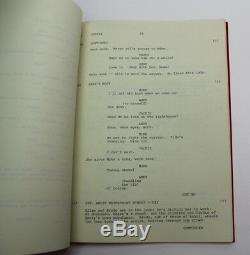 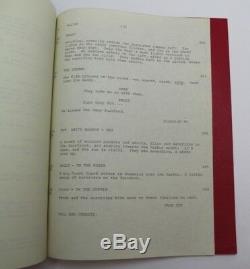 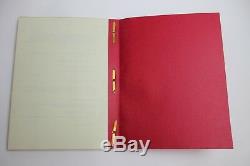 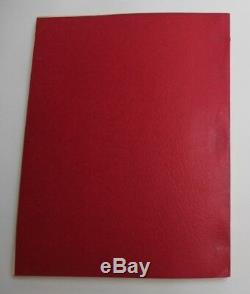 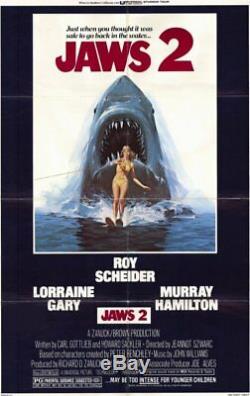 This is an Original Movie Script used during the making of the 1978 movie titled, "Jaws 2". It has the original red, Universal Studios, production cover.

Here is a name that has been scribbled out on the top right corner of the front cover. The name underneath the scribble is, Monique James. I did not see that name in the credits, also there are no handwritten annotations inside. It is complete and is 131 pages long.

Please view all of the pictures provided above. It is in very good overall condition. Four years after the events of the original "Jaws", the town of Amity suddenly experiences series of mysterious boating accidents and disappearances. Chief of Police, Martin Brody, fears that another shark is out there, but he is ignored by the townsfolk. Unfortunately, he's right - there is another Great White in the sea.

The item "Jaws 2 / Carl Gottlieb 1977 Movie Script Screenplay, monstrous shark Horror Film" is in sale since Wednesday, February 27, 2019. This item is in the category "Entertainment Memorabilia\Movie Memorabilia\Scripts\Originals\Unsigned". The seller is "themoviewizard" and is located in Van Nuys, California.