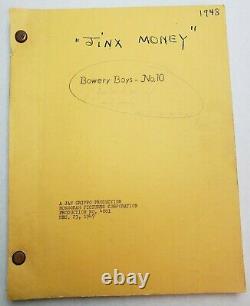 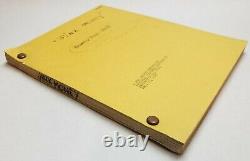 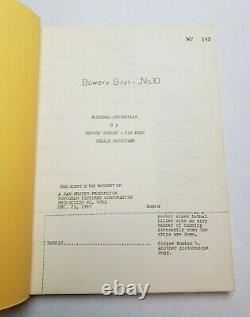 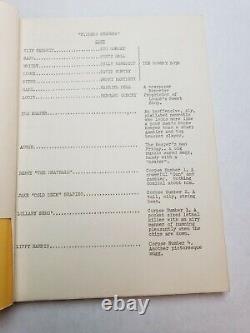 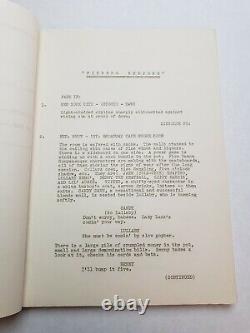 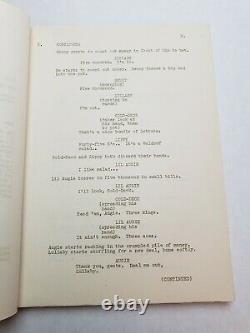 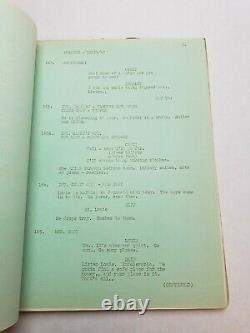 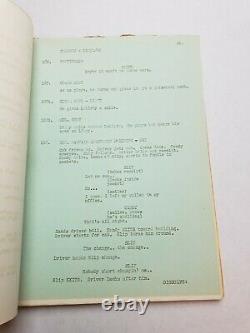 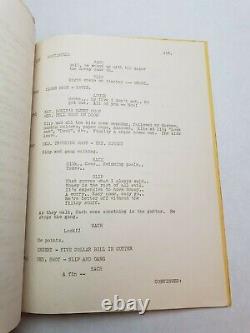 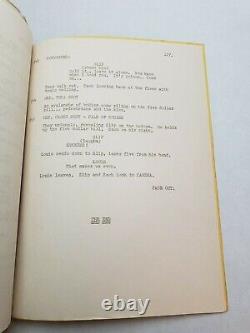 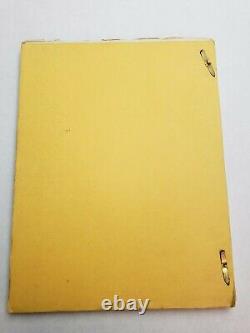 Written by: Edmond Seward, Gerald Schnitzer & Tim Ryan. It has the original yellow, Monogram Pictures, production cover. The cover has the Title of the film handwritten on it in pen.

This script has all white pages and green colored revision pages throughout it inside. It is complete and it is 117 pages long. Please view all of the pictures provided above. This script is in good overall condition. It shows the appropriate signs of aging for being used during the 1940's.