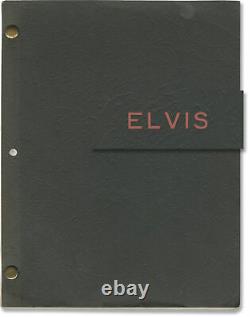 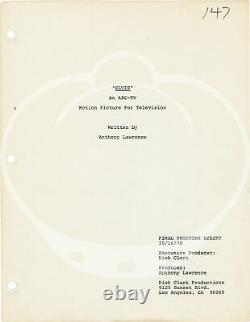 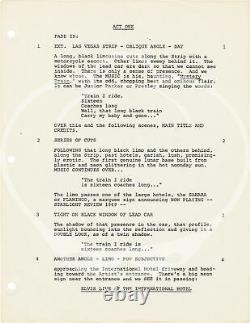 Description: Final Shooting script for the 1978 television film, which aired on ABC on February 11, 1979. Annotation of copy number "147" in holograph marker on top right of title page.

One of three television films made by noted film director John Carpenter. Carpenter began working on "Elvis" after wrapping up his 1978 quintessential horror slasher "Halloween, " offering him a chance to try his hand at a dramatic biopic. It was the first time Carpenter would work with Kurt Russell, who would become a frequent collaborator, starring in Carpenter's "Escape from New York" (1981), "The Thing" (1982), "Big Trouble in Little China" (1986), and Escape from L. The television biopic follows the trajectory of Elvis Presley's career from his impoverished childhood to his sudden and unprecedented rise as a rock and roll icon to his years as a Las Vegas sensation. Featuring an outstanding performance by Russell as The King.