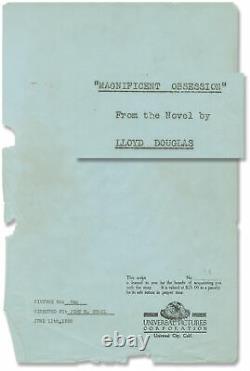 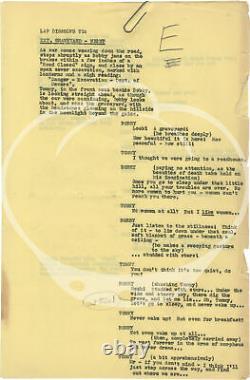 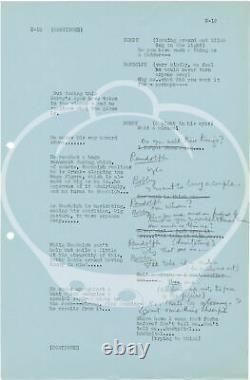 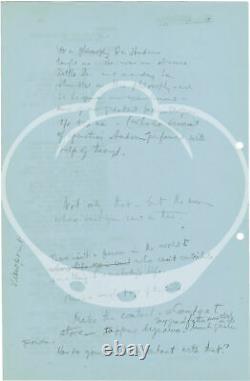 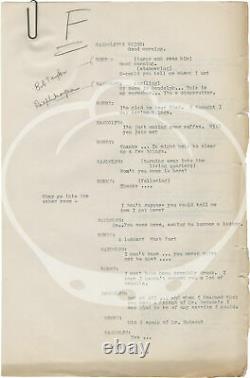 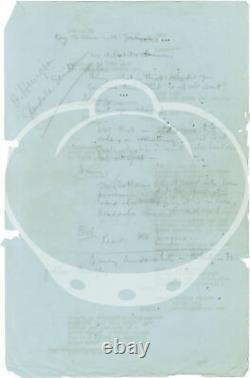 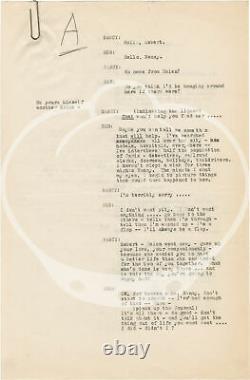 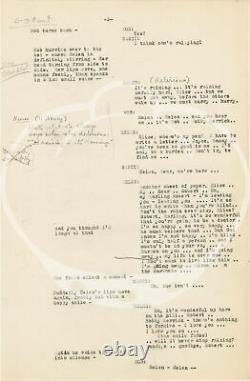 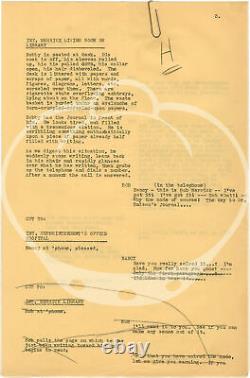 Description: Post-production script for the 1935 film. With holograph pencil annotations throughout, most substantive in nature. Included with the script are several sets of paper clipped revision pages, two inserted in sequence within the script, and six laid in, as well as two typed letters regarding uncredited screenwriter Finley Peter Dunne's attempts to receive screenwriting credit for the film. Based on the 1929 novel by Lloyd C. A reckless millionaire's life is saved with the use of a hospital's sole resuscitator, resulting in the death of a selfless, philanthropic surgeon who needed the device at the same time to survive. Through his growing relationship with the surgeon's widow, the millionaire learns kindness and generosity. Remade in 1954 by Douglas Sirk, starring Rock Hudson and Jane Wyman. Title page integral with front wrapper, dated JUNE 11th, 1935, rubber-stamped copy No. 14, with credits for director JOHN M. STAHL and novelist LLOYD DOUGLAS. Mimeograph duplication on blue stock, rectos only. Pages Very Good plus, with the first and last leaves separated from the binding, bound with two gold brads.

Subject: 1930s Cinema, Film Scripts, Films with Literary Sources, Post-Production Film Scripts, Romance. Royal Books is located in the midtown area of Baltimore, Maryland. Since 1996, we have specialized in rare books and paper relating to twentieth century literature, genre fiction, the arts, and popular culture, with a particular emphasis on cinema. All books noted as First Editions are also First Printings unless indicated otherwise.