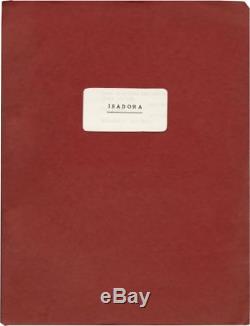 From Dan Pavlides at Allmovie: Trained in classical dance, Duncan shattered the traditional conformities in her art and her personal life. The film begins at the end of her life as she recalls the past while dictating her memoirs to her male secretary. Her uninhibited sexuality and insistence on personal freedom and expression shocked more conservative and narrow-minded patrons and audiences. She brought in elements of classic Greek dance during the height of the jazz age and had children in and out of wedlock. Married to sewing-machine heir Paris Singer (Jason Robards) and the Russian poet Sergei Essenin (Ivan Tchenko), her life was a rollercoaster ride of success and tragic failures.

Two of her children drowned when her chauffeur left the car unattended and the vehicle plunged into a river. Duncan lived by her own rules, often shunned by the very people who had so passionately embraced her pioneering efforts in dance, women's liberation and free thinking. Redgrave was nominated for an Oscar for her performance. The film's locales are international and range from California to Europe and the Soviet Union.

Shot on location in various places in England, Italy, France, and Eastern Europe. Red titled wrappers, with a die-cut title window in the British style. Pages Near Fine, wrapper Near Fine, internally bound with two gold brads. Royal Books is located in the midtown area of Baltimore, Maryland. Since 1996, we have specialized in rare books and paper relating to twentieth century literature, genre fiction, the arts, and popular culture, with a particular emphasis on cinema. All books noted as First Editions are also First Printings unless indicated otherwise. This listing was created by Bibliopolis. The item "Karel Reisz ISADORA Original screenplay for the 1968 film #133023" is in sale since Tuesday, January 8, 2019. This item is in the category "Entertainment Memorabilia\Movie Memorabilia\Scripts\Originals\Unsigned". The seller is "vanburenantiques" and is located in Baltimore, Maryland. This item can be shipped worldwide.