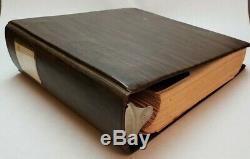 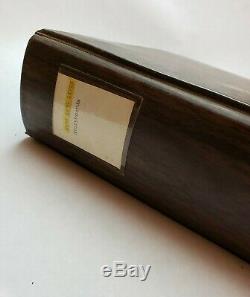 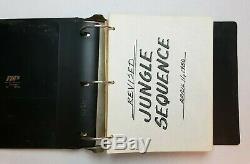 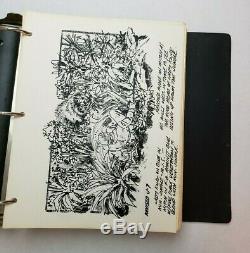 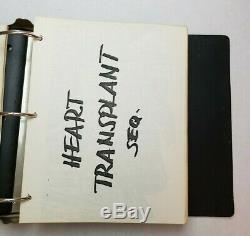 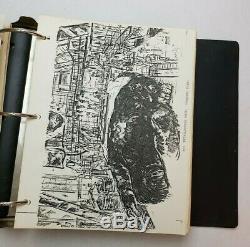 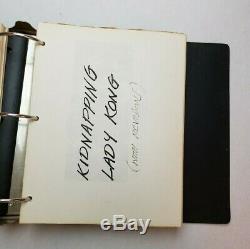 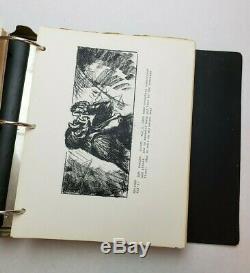 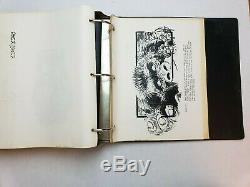 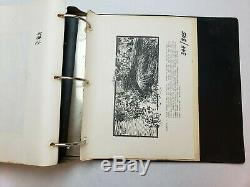 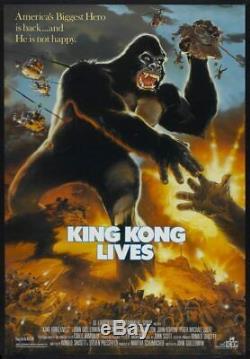 It is over 30 years old. These smaller storyboards were copied from the larger artwork so that they could be put on normal sized paper which makes flipping through them much easier while filming an entire movie sequence. The 7 different Sequences included inside of this binder are the: Jungle Sequence, Heart Transplant Sequence, Kidnapping Lady Kong, Lake Resort, Gorge, Firing Range Sequence, and the Barn Sequence. This storyboards script is complete and it includes all of the pages included in the various sequences listed above. THE POSTER SHOWN IN THE LAST PICTURE ABOVE IS NOT INCLUDED, IT IS JUST BEING USED AS A VISUAL REFERENCE.

Once you check off this little box it will allow you to search for a specific word that is contained in any of our listings' actual description. Here all of the original movie scripts will be categorized by decade, which will help you to narrow down what you are looking for by the year it was made. The item "KING KONG LIVES / 1986 Original Movie Storyboards Script, OVER 300+ PAGES" is in sale since Saturday, May 30, 2020. This item is in the category "Entertainment Memorabilia\Movie Memorabilia\Storyboards & Concept Art". The seller is "themoviewizard" and is located in Van Nuys, California.