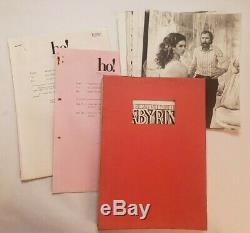 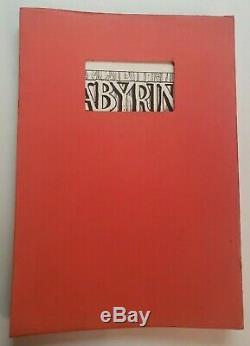 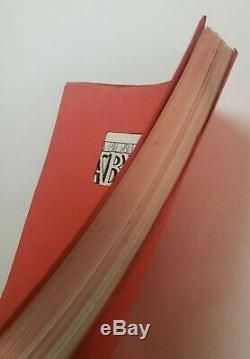 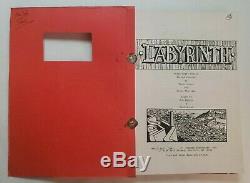 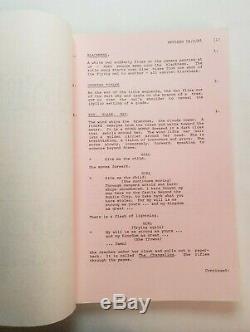 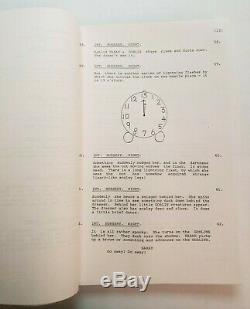 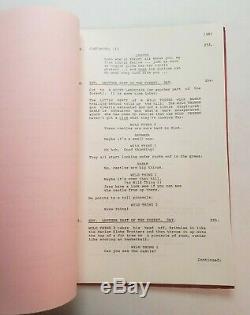 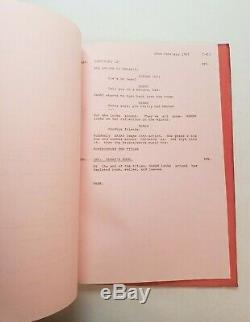 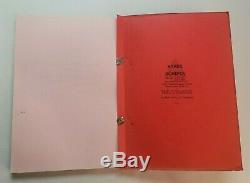 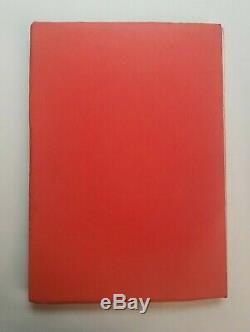 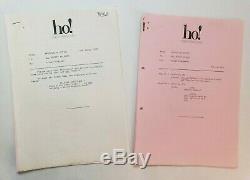 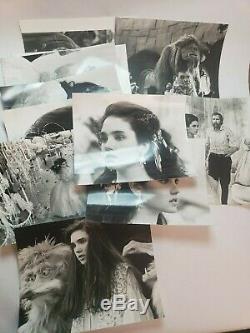 This is an Original Movie Script used during the making of the 1986 Cult film titled, "Labyrinth". This script has the original red, window styled, production cover.

This script has white and pink revision pages throughout it inside. It is complete and it is 141 pages long. This script also includes 2 different script change production memo's issued out by the production company.

It also includes 11 different black & white Stills. Please view all of the pictures above carefully. It's in good overall condition. Teenager Sarah (Jennifer Connelly) is forced by her father (Christopher Malcolm) and her stepmother (Shelley Thompson) to babysit her baby brother Toby (Toby Froud) while they are outside home. Toby does not stop crying and Sarah wishes that her stepbrother be taken by the Goblin King Jareth (David Bowie). Out of the blue, Toby stops crying and when Sarah looks for him in the cradle, she learns that her wish was granted and the Goblin King Jareth has taken him to his castle in the Goblin City in the middle of a labyrinth. Sarah repents and asks Jareth to give Toby back; but the Goblin King tells her that she has to rescue her brother before midnight, otherwise Toby will be turned into a goblin.

Soon Sarah teams up with the coward goblin Hoggle (Brian Henson), the beast Ludo (Ron Mueck), and the knight Didymus (David Shaughnessy) and his dog Ambrosius (Percy Edwards) in her journey. Will they rescue Toby in time?

Whatever actor, producer, director, writer or specific film department you are looking for, we probably have a movie script related to the person you are looking for in some form or fashion. I know that there are a lot of items to search through, but there is definitely something for you. Once you check off this little box it will allow you to search for a specific word that is contained in any of our listings' actual description. Here all of the original movie scripts will be categorized by decade, which will help you to narrow down what you are looking for by the year it was made. The item "LABYRINTH / Terry Jones & Jim Henson 1985 Screenplay, DAVID BOWIE fantasy film" is in sale since Wednesday, April 29, 2020.