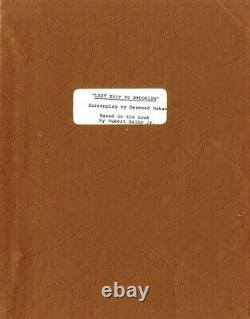 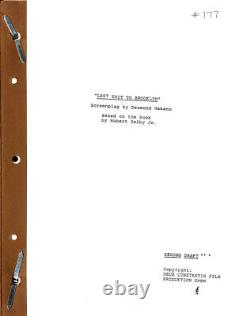 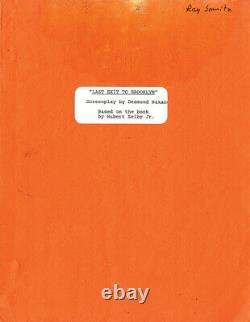 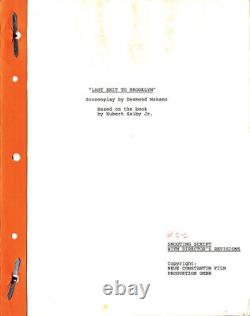 This script belonged to construction coordinator Raymond Samitz, with his name in ink on front wrapper. Both in die-cut plain wrappers with title showing, NEAR FINE. Uli Edel directed this adaptation of Hubert Selby, Jr. S groundbreaking cult novel about Brooklyn in the 1950s, with its sympathetic portrayal of a drag queen and plot lines involving bisexual characters. It must come back in the same condition as it was sent.

AUTHENTICATION: My name is Walter Reuben. I have been collecting movie posters since 1978.

I have been a full-time dealer since 1982. Everything which I sell is fully researched and entirely guaranteed to be completely authentic and as described. A lifetime of experience goes behind every description of every piece which I offer. ABOUT ME: For further information, go to the ABOUT ME. This item is in the category "Entertainment Memorabilia\Movie Memorabilia\Scripts\Originals\Unsigned".

The seller is "walterfilmusa" and is located in this country: US. This item can be shipped worldwide.