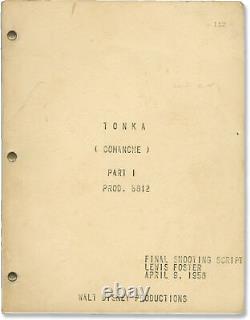 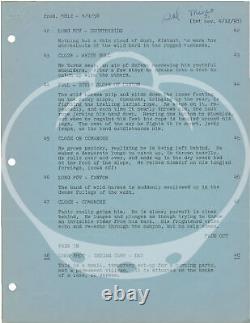 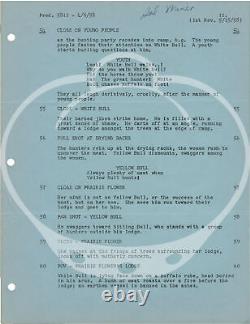 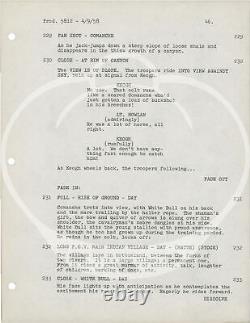 With lead actor Sal Mineo's name in holograph ink on two revision leaves, and his character's name in pencil on the front wrapper. Laid in is a small leaf with holograph ink notations including the name of director Lou Foster, actors Fess Parker and Jerome Courtland, and characters White Bull and Captain Keogh.

Parker was originally hired for the role of Keogh but refused second billing, and was replaced by Philip Carey. Jerome Courtland played the role of Lieutenant Henry Nowlan in the film. Based on David Appel's 1951 novel "Comanche: Story of America's Most Heroic Horse, " about the bond between a young Sioux boy and the titular horse, who end up on opposite sides of the Battle of Little Big Horn.

Set in Montana Territory and shot on location in Oregon. Tan titled wrappers, noted as FINAL SHOOTING SCRIPT on the front wrapper, rubber-stamped copy No.

70 leaves, with last page of text numbered 69. Mimeograph duplication, rectos only, with blue revision pages throughout, dated variously between 4/10/58 and 5/15/58.