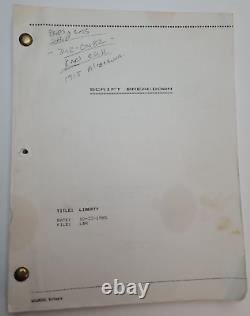 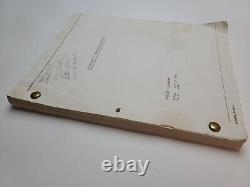 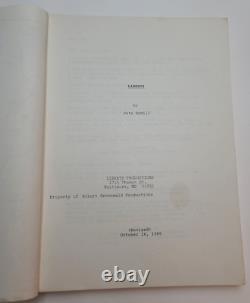 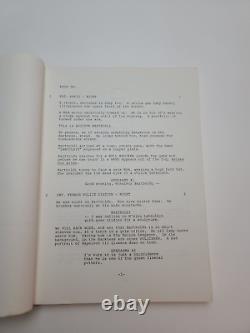 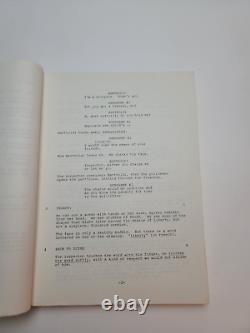 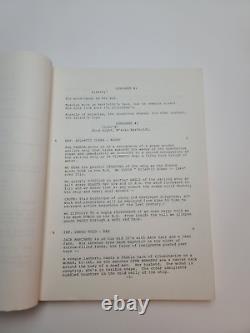 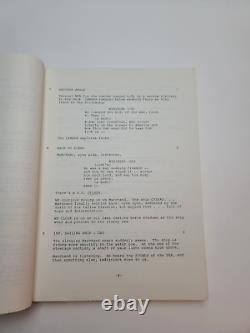 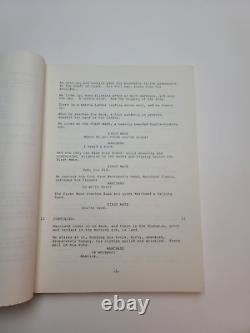 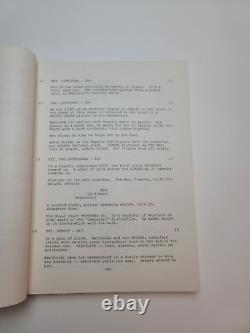 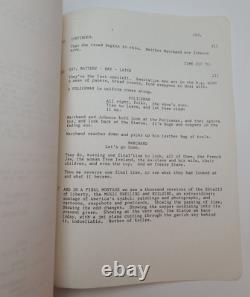 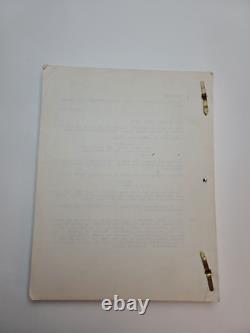 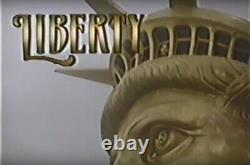 This is an Original Movie Script used during the making of the 1986 TV Movie titled, "Liberty". It has all white pages throughout it inside and it is 143 pages long. It is the complete script. Please view all of the pictures above carefully.

It's in good overall condition. This three hour film examines the lives of the two men responsible for the concept and production of the Statue of Liberty - French sculptor Frederic Auguste Berthold and American coppersmith Jack Marchand. Told as a dual story, the tale unfolds back and forth between each country. In France, Berthold gets a young model to pose nude for him to develop his sculpture. When he falls for her, his doting mother opposes the relationship.

Meanwhile in America, the Jewish Marchand faces bigotry but is taken by into a business by a good-willed Irishman. There he weds the businessman's illiterate niece when she becomes pregnant, but carries on a platonic affair with a poetess. Eventually Marchand and his employer, along with a slave take on the construction of the actual monument.

Furthermore, all of our items that are not props or scripts can be found in our Other Memorabilia category. We do not sell reproductions or fakes. We have one of the largest collections of original movie screenplays in the world. We also carry scripts used in Television, Broadway, Radio and other forms of entertainment. Every script that we own was hand-picked one at a time over the many years of which we have been collecting. A lot of people, new to collecting, are confused about the word Original. " In terms of movie scripts, the term "Original means that it was used by the production company in the early stages of production or that it was issued out to the cast and crew members during filming, and used at the time of production. Any scripts printed or used in any fashion after filming has completed are known as either a reproduction or a post-production script. These two types of scripts are much less valuable and desirable. All of our scripts are Original..