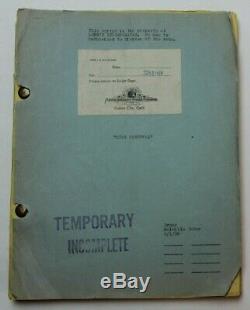 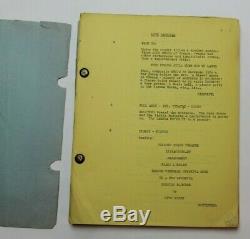 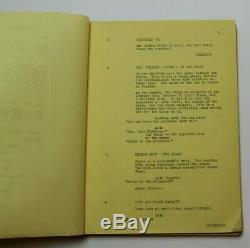 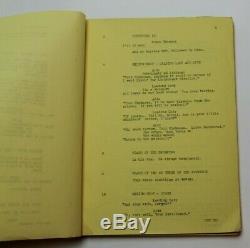 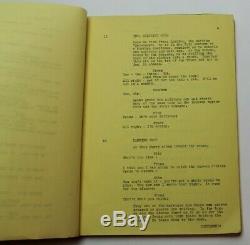 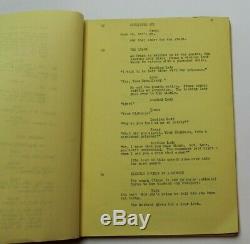 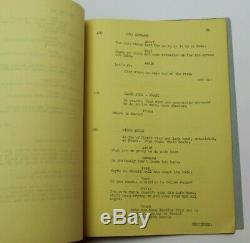 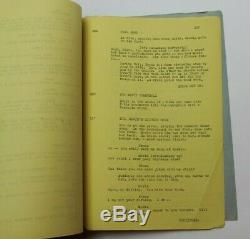 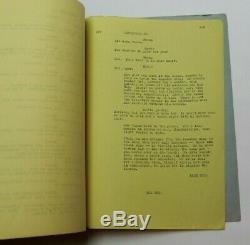 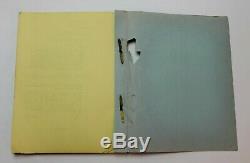 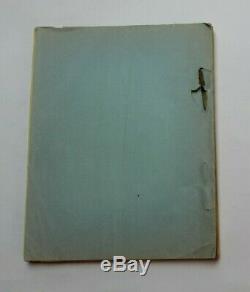 Script Dated: June 1, 1938. This is an Original 1930's movie script titled, "Love Carnival". It is written by Melville Baker. This film was NEVER Produced and has been left unmade. It has the original, MGM, production cover with the title on the front. The front cover is stamped, Temporary Incomplete, but this script is actually complete. This script is 112 pages long and it has all yellow colored pages throughout inside. The front cover has torn loose around the holes and the back cover is torn around the brass brad. I have provided pictures of the first few pages included inside so that you can get an idea of the very beginning of the script. Please view all of the pictures above carefully. This script shows the appropriate signs of aging for being used during the 1930's. This Unproduced screenplay is awesome because we don't know how good the movie would have been if it were actually made, this script leaves the question unanswered. Melville Baker (April 24, 1901 April 10, 1958) was an American screenwriter. His notable films are listed below. Specializes in rare and collectible movie scripts. Our scripts are genuine, authentic and screen used. We also carry movie props from no genre in particular.

Once you check off this little box it will allow you to search for a specific word that is contained in any of our listings' actual description. Here all of the original movie scripts will be categorized by decade, which will help you to narrow down what you are looking for by the year it was made. The item "LOVE CARNIVAL / Melville Baker, 1930's Unproduced MGM Screenplay, Unmade Film" is in sale since Friday, March 29, 2019.