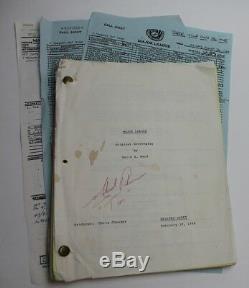 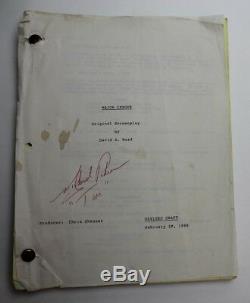 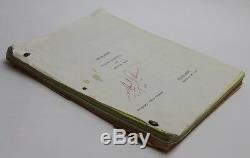 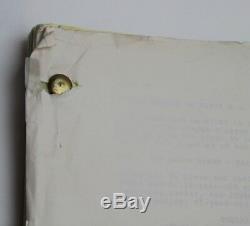 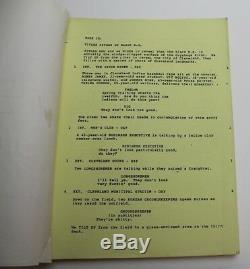 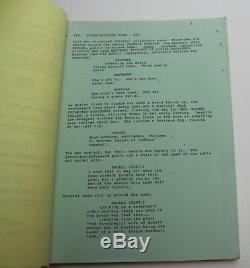 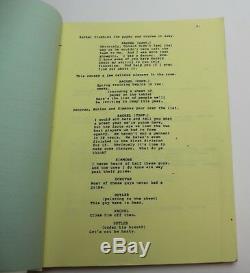 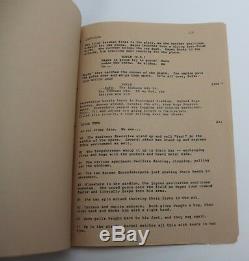 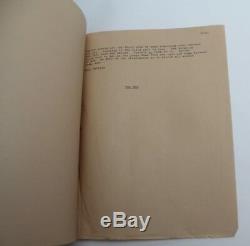 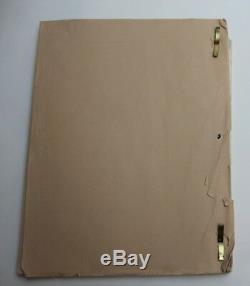 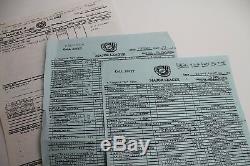 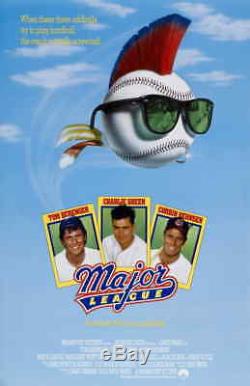 Script Dated: February 20, 1988. This is an Original Movie Script from the 1989 baseball film titled, "Major League". The front cover page has a small coffee stain and is also signed by Actor, Richard Pickren, who played the character, "Tom". This is a Revised Draft dated February 20 , 1988.

Multi-colored revision pages inside, which are only issued out to the cast and crew members and then inserted into the script. It is complete and is 115 pages long.

This script also includes 3 call sheets. The Title page has torn loose from the brass brads and has some tape around the holes.

The last page has some tears along the edges. Please view all of the pictures provided above. It is in good overall condition.

Rachel Phelps is the new owner of the Cleveland Indians baseball team. However, her plans for the team are rather nefarious. She wants to move the team to Miami for the warmer climate and a new stadium. To justify the move, the team has to lose, and lose badly. So she assembles the worst possible team she can.

Among these are a past-his-prime catcher with bad knees, a shrewd but past-his-prime pitcher, a young tearaway pitcher (and felon) with a 100 mph fastball but absolutely no control, a third baseman who is too wealthy and precious to dive, a voodoo-loving slugger who can't hit a curve ball and an energetic-but-naive lead off hitter and base-stealer who can't keep the ball on the ground. Against the odds, and after the inevitable initial failures, they iron out some of their faults and start to win, much to Ms Phelps' consternation. THE POSTER SHOWN IN THE LAST PICTURE ABOVE IS NOT INCLUDED, IT IS JUST BEING USED AS A VISUAL REFERENCE. Specializes in rare and collectible movie scripts.

Once you check off this little box it will allow you to search for a specific word that is contained in any of our listings' actual description. Here all of the original movie scripts will be categorized by decade, which will help you to narrow down what you are looking for by the year it was made. The item "Major League / David S. Ward 1988 Movie Script, Charlie Sheen baseball film" is in sale since Friday, March 29, 2019. This item is in the category "Entertainment Memorabilia\Movie Memorabilia\Scripts\Originals\Unsigned".