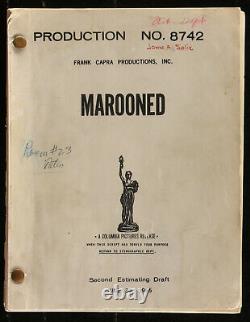 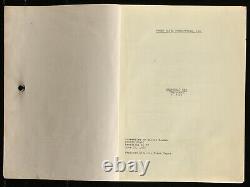 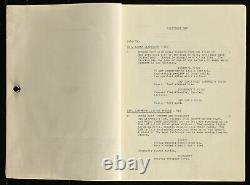 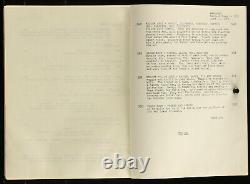 Dated June 27, 1965, the cover calls this the "second estimating draft", but the first interior page says "fourth draft revisions by Frank Capra, " crediting the screenplay itself to Walter Newman. An earlier version of the film (based on the 1964 version of the novel) was in pre-production in 1965, with Frank Capra. Producing and directing, from a screenplay by Walter Newman.

Capra heavily revised the script while seeking funding from investors, in order to reduce the budget. Amid concerns about the size of the project, Columbia Pictures' M.

When Marooned was eventually produced with John Sturges. As director and Mayo Simon. The film, starring Gregory Peck, was released just four months after Apollo 11 landed on the moon, and consequently received a great deal of attention. Solie" and "Art Dept are written on the cover. John Solie was a movie poster artist, but he did not end up working on this film. Good to Very Good condition. I guarantee the authenticity of this script. Return it at any time if it fails to pass authentication. This item is in the category "Entertainment Memorabilia\Movie Memorabilia\Scripts\Originals\Unsigned".

The seller is "billmcintosh" and is located in this country: US. This item can be shipped worldwide.