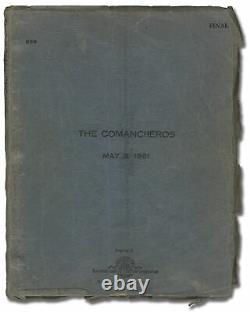 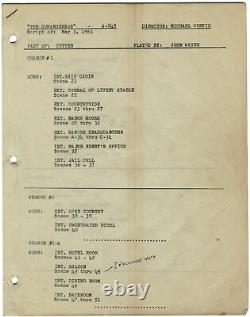 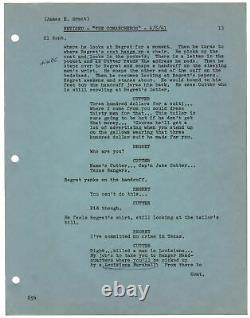 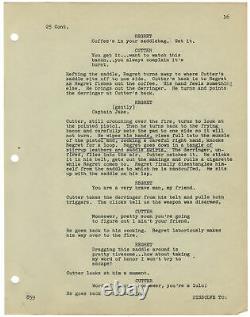 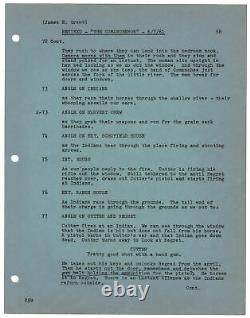 A Texas Ranger returning a runaway gambler to Louisiana in order for the man to face prosecution finds their route interrupted by a wayward gang of smugglers known as the Comancheros. John Wayne took over as director (although his role was uncredited) nearing the end of the film's production, after director Michael Curtiz grew too ill to work. "The Comancheros" proved to be Curtiz's final picture, released six months before his death in 1962. Shot on location in Utah and Arizona. Blue titled wrappers, noted as FINAL on the front wrapper, rubber-stamped production No.