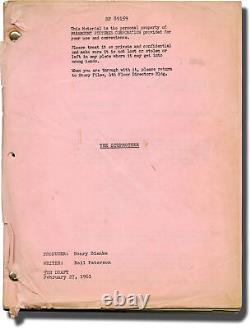 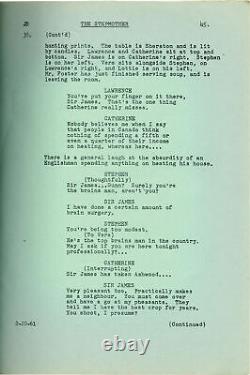 Description: Fifth Draft script for an unproduced film. Neil Paterson is an Academy Award-winning screenwriter from Scotland, who won the award for Best Adapted Screenplay for "Room at the Top" (1959). Additional films he wrote for include "High Tide at Noon" (1957), and "The Spiral Road" (1962). He also had a successful career as a soccer player in his native Scotland.

Subject: 1960s Cinema, Film Scripts, Unproduced Films. Royal Books is located in the midtown area of Baltimore, Maryland. Since 1996, we have specialized in rare books and paper relating to twentieth century literature, genre fiction, the arts, and popular culture, with a particular emphasis on cinema. All books noted as First Editions are also First Printings unless indicated otherwise. This listing was created by Bibliopolis.