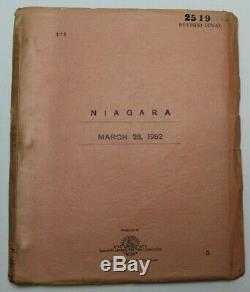 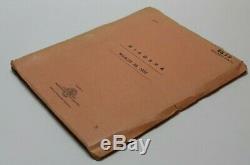 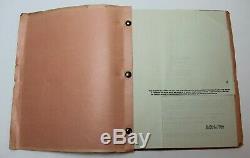 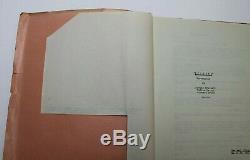 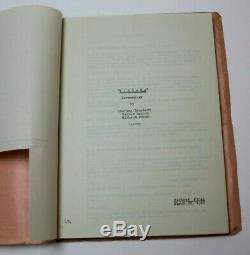 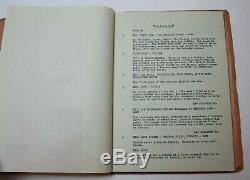 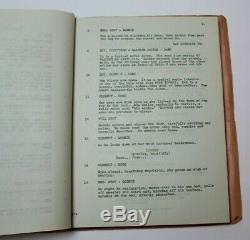 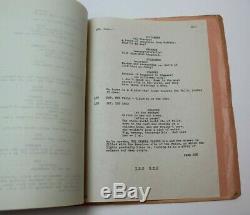 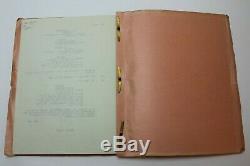 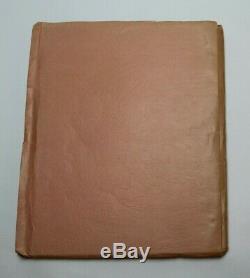 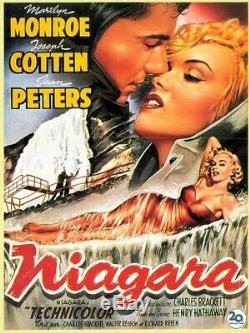 The outer cover has some minor tearing around the edges but no pieces are missing. This is the Revised Final Draft dated March 28, 1952. This script is complete and it is 120 pages long.

The script receipt is not attached inside and the top right corner of this receipt page has been cut off. Often the receipt page is completely missing from these old scripts so it's a nice addition to the item. All of the pages inside of this script are in excellent condition. Please view all of the pictures provided above.

This script is in very good condition and shows the appropriate signs of aging for being used during the 1950's. George and Rose Loomis are honeymooning at a Niagara Falls motel. She plots with Ted Patrick to do him in, but all does not go smoothly. For one thing, after Loomis is reported missing Polly Cutler spies him at the motel but her husband Bud thinks she's imagining it.

Here all of the original movie scripts will be categorized by decade, which will help you to narrow down what you are looking for by the year it was made. The item "NIAGARA / Charles Brackett 1952 Screenplay, Marilyn Monroe Film Noir Thriller" is in sale since Tuesday, April 2, 2019. This item is in the category "Entertainment Memorabilia\Movie Memorabilia\Scripts\Originals\Unsigned". The seller is "themoviewizard" and is located in Van Nuys, California.