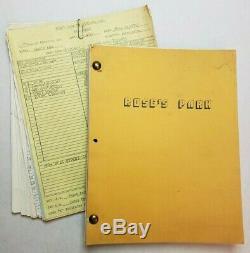 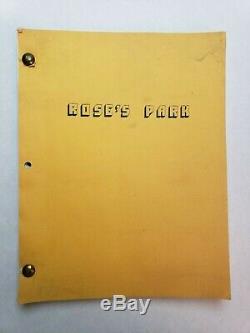 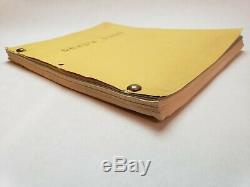 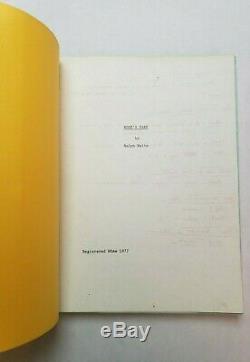 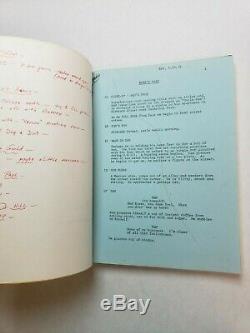 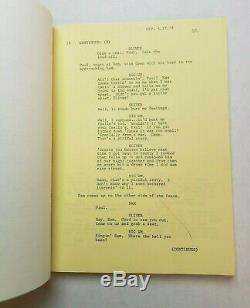 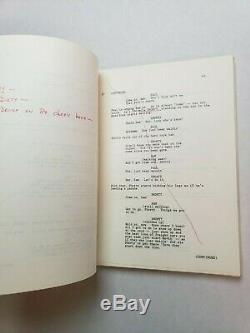 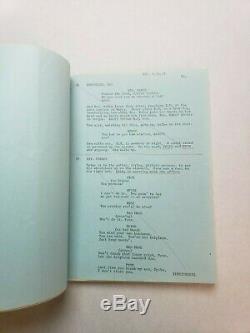 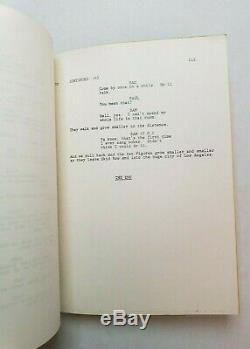 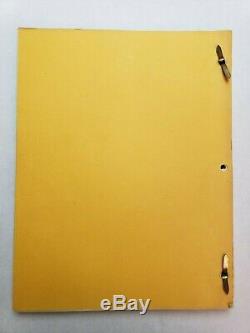 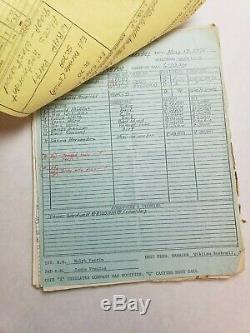 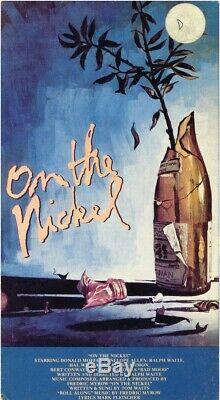 Working Title: " Rose's Park". This is an Original Movie Script used during the making of 1980 film titled, "On the Nickel". It has the original yellow production cover with the Working Title of the film which was, "Rose's Park". It has multi-colored revision pages throughout it inside and it is 116 pages long.

The revision pages cover up until the date April 17, 1978. Many of the pages inside have handwritten markings or annotations. A scribble line was drawn across a page after that scene had completed filming, which is what you see in the pictures above.

This script shows the appropriate signs of aging for being used during the late 1970's. Please view all of the pictures provided above. The film presents the story of Sam (Donald Moffat), a recovering alcoholic who feels dissatisfied with his life of sobriety and goes back in search of the good times he enjoyed with his old friends living on Los Angeles' skid row. This includes a section of Fifth Street, which is sometimes called "the Nickel", after the five-cent coin. Eventually finding his best friend, C. (Waite), still living on the nickel, the two men reminisce, and Sam gets a fresh look at the lifestyle he had once vigorously abandoned. The film is a multi-level odyssey through the slums of L. As well as Sam's personal ruminations as he re-evaluates the nostalgia he had felt for the free and bohemian lifestyle of a street person. The film also stars Hal Williams, Penelope Allen, and Jack Kehoe. The original soundtrack was written and performed by Tom Waits. With its offbeat, comedic depiction of life on the streets, the film has maintained a cult following since its initial release, although it passed out of general availability for 20 years and effectively became a "lost" movie. Despite this, occasional showings on American television have kept viewer interest high and have resulted in Mr. Waite's decision to collaborate with producer Thomas Wise, re-edit and restore the feature for DVD and internet release in late 2009. On the Nickel debuted on Blu Ray disc in 2017.

Once you check off this little box it will allow you to search for a specific word that is contained in any of our listings' actual description. Here all of the original movie scripts will be categorized by decade, which will help you to narrow down what you are looking for by the year it was made. The item "ON THE NICKEL / Ralph Waite 1978 Screenplay, Alcoholics Anonymous Cult Film" is in sale since Thursday, October 17, 2019. This item is in the category "Entertainment Memorabilia\Movie Memorabilia\Scripts\Originals\Unsigned". The seller is "themoviewizard" and is located in Van Nuys, California. This item can be shipped to United States, Australia.