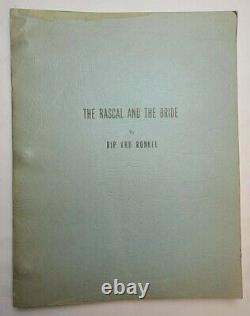 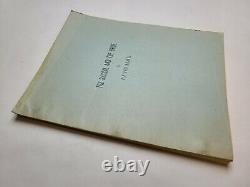 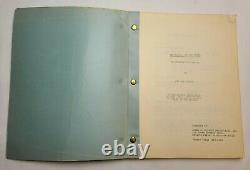 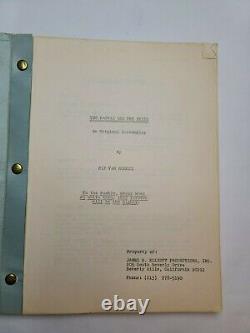 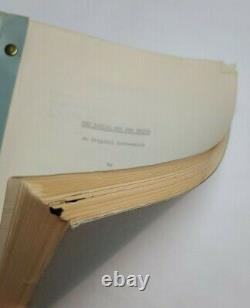 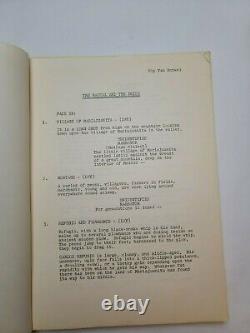 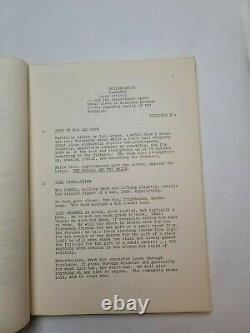 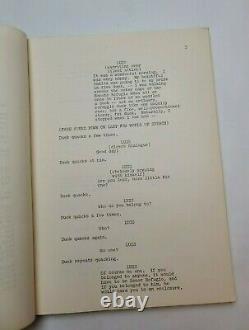 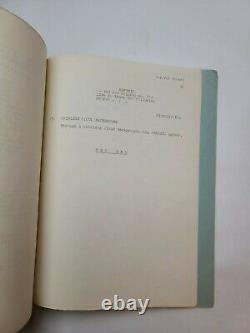 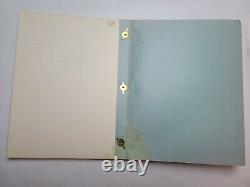 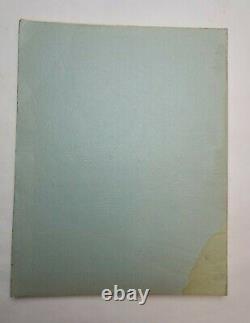 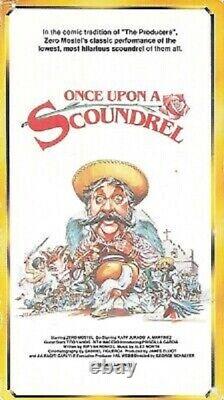 Working Title: "The Rascal and the Bride". Written By: Alford Van Ronkel (as Rip Van Ronkel). This is an Original Movie Script used during the early stages in making the 1973 film titled, "Once Upon a Scoundrel". This script has the original.

Production cover which has the Working Title of the film which was "The Rascal and the Bride". This early draft is not dated on the Title Page inside. This script has all white pages throughout it inside. It is complete and it is 90 pages long.

The front cover has a stain mark along the top edge. The lower left corner of the entire script has a water stain mark. Please view the last 3 pictures above carefully. This script is in fair overall condition. Comic genius shines through in Zero Mostel's brilliant and hilarious portrayal of Senor Carlos de Refugio, a wealthy landowner known for his roguish and selfish acts.

Refugio's desire for the beautiful, young Alicia (Priscilla Garcia) so overwhelms him that he wrongfully accuses her fiancé, Luis A. Martinez, of stealing on of his prize ducks. Refugio refuses to forgive Luis until Alicia promises to marry him. Ignored by everyone in town, Refugio becomes convinced he is doomed to travel the earth as a wandering soul without home or friends. With sudden insight, Senor Refugio pardons Luis and makes amends for all the trouble he's caused.

Luis and Alicia are married in a resplendent wedding ceremony which ends with a startling and inspirational revelation. THE POSTER SHOWN IN THE LAST PICTURE ABOVE IS NOT INCLUDED, IT IS JUST BEING USED AS A VISUAL REFERENCE. Specializes in rare and collectible movie scripts. Our scripts are genuine, authentic and screen used.