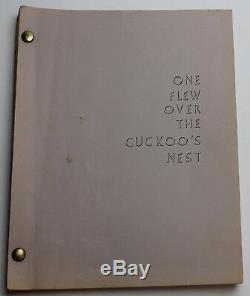 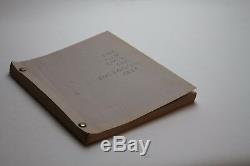 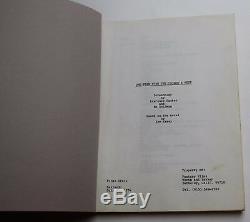 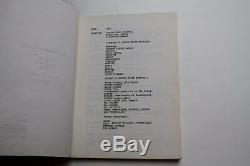 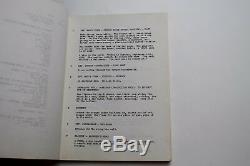 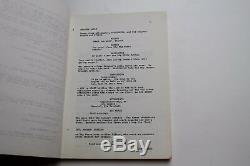 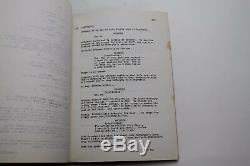 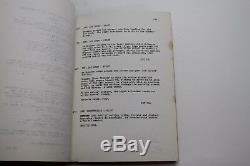 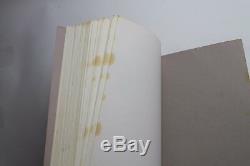 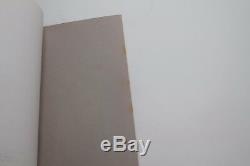 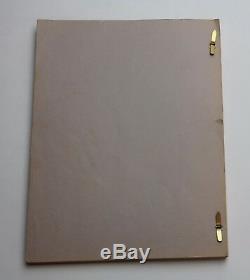 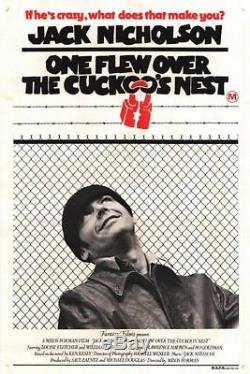 There are some small round grease marks along the right edge of some of the pages towards the back of the script. Please view all of the pictures provided above. This script is in very good overall condition. McMurphy has a criminal past and has once again gotten himself into trouble and is sentenced by the court. Once here, McMurphy both endures and stands witness to the abuse and degradation of the oppressive Nurse Ratched, who gains superiority and power through the flaws of the other inmates.

McMurphy and the other inmates band together to make a rebellious stance against the atrocious Nurse. POSTER IS NOT INCLUDED, IT IS JUST BEING USED AS A VISUAL REFERENCE. Specializes in rare and collectible movie scripts.

The item "ONE FLEW OVER THE CUCKOO'S NEST / Lawrence Hauben 1974 Movie Script Screenplay" is in sale since Saturday, April 13, 2019. This item is in the category "Entertainment Memorabilia\Movie Memorabilia\Scripts\Originals\Unsigned". The seller is "themoviewizard" and is located in Van Nuys, California. This item can be shipped to United States.