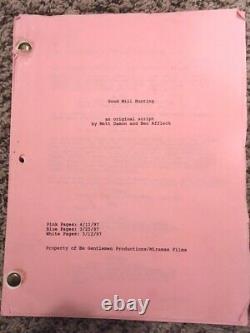 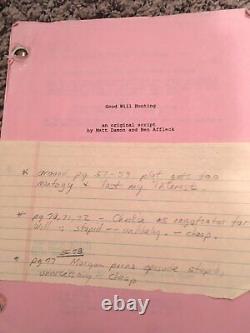 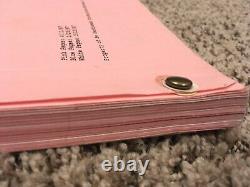 Original production screenplay from Good Will Hunting (1997) Winner of the 1998 Oscar for Best Writing, Screenplay Written Directly for the Screen. You can now own a piece of the film! This is one of the original production scripts that was issued three days before production and used in post-production by the sound crew. It has been in my possession since the start of sound post-production on the film. There is a handwritten note that came with the script and it comments on several of the scenes. I do not know the author of the note, but it would have been written by someone connected to the production. The script is 120 pages in length and has pinks, blues, and whites.

It's in good condition for a production-used screenplay as shown. The item "Original Film Script/Screenplay for Good Will Hunting 1997" is in sale since Friday, May 8, 2020.