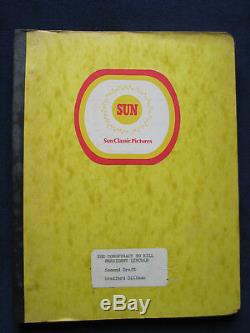 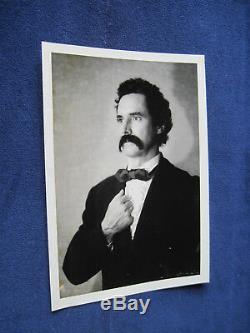 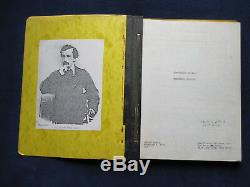 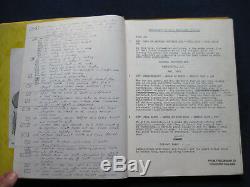 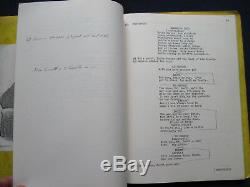 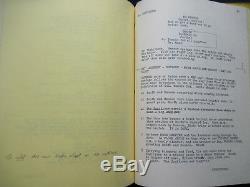 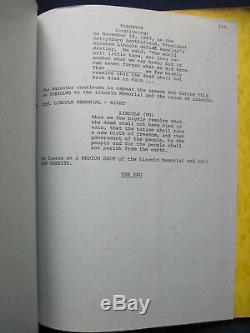 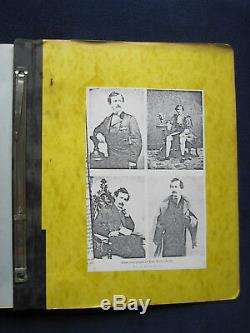 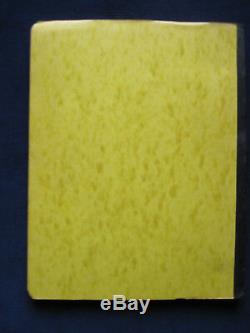 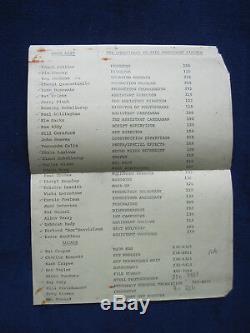 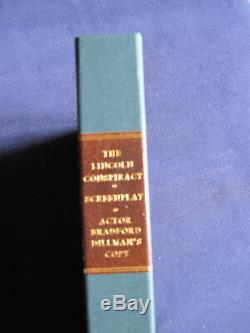 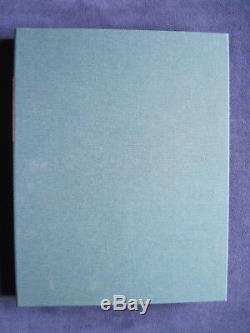 [THE LINCOLN CONSPIRACY - THE FILM]. Original Shooting Script for the Film The Lincoln Conspiracy, Originally Titled Conspiracy to Kill President Lincoln by Jonathan Cobbler, Based on the Book by David W. Starring Bradford Dillman, from Dillmans Library.

Salt Lake City, UT: Sun Classic Pictures, Inc. Original second draft shooting script with color rewrite pages for the film The Lincoln Conspiracy, originally titled Conspiracy to Kill President Lincoln written by Jonathan Cobbler (though not credited as such here), based on the book by David W. Starring Bradford Dillman as President Lincolns assassin John Wilkes Booth. This was Dillmans working script with his extensive notations throughout, a 5 x 7 black & white glossy photo laid in of Dillman in character as Booth - posed in the style of a portrait of the times, and with photocopies of photographs of the real Booth affixed to the inner front and rear covers.

With Dillmans estate stamp which reads, From the Library of Bradford Dillman and a single page typed crew list laid in. Bradbound, 117 pages, dated February 1, 1977 on the title page, with a U. Release date of October, 1977. Dillman co-stars with John Anderson as President Lincoln, John Dehner as Col. Baker, Robert Middleton as Edwin M.

Stanton, James Green as Capt. James Boyd, Whit Bissell as Sen. Thaddeus Stevens in this story of speculative fiction in which Booth escapes to Canada after he assassinates Lincoln, instead of the traditional story that he was tracked down and killed immediately after the shooting. He was trained at the Actors Studio under Lee Strasberg and knew James Dean in early television. Dillman rose to sudden fame with his appearance in Richard Fleishers film Compulsion (1959) with Dean Stockwell and Orson Welles, and continued in movies throughout his career in such films as The Way We Were, The Iceman Cometh, The Enforcer, Sudden Impact, Crack in the Mirror, Escape From the Planet of the Apes, Francis of Assisi, Piranha, The Swarm, etc. A great success in television, Dillman appeared in a remarkable number of shows and made for TV movies in a variety of genres, including, Mission Impossible, The Man from U. Columbo, Wagon Train, Ironside, Dynasty, The Wild Wild West, Thriller, Wonder Woman, Cannon, Barnaby Jones, and many others. The item "ORIGINAL Film Script THE LINCOLN CONSPIRACY Actor BRADFORD DILLMAN'S Copy" is in sale since Thursday, June 21, 2018. This item is in the category "Entertainment Memorabilia\Movie Memorabilia\Scripts\Originals\Unsigned". The seller is "catstarbuck" and is located in Santa Barbara, California. This item can be shipped to North, South, or Latin America, all countries in Europe, Australia, Japan, China, South Korea, Indonesia, South africa, Thailand, Hong Kong, Israel, New Zealand, Singapore, Saudi arabia, United arab emirates, Qatar, Bahrain, Malaysia, Bangladesh, Brunei darussalam, Egypt, Jordan, Cambodia, Sri lanka, Macao, Maldives, Oman, Pakistan, Reunion, Viet nam.