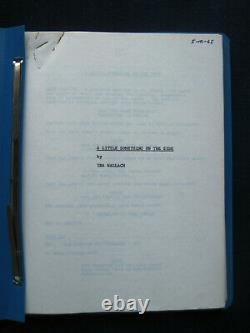 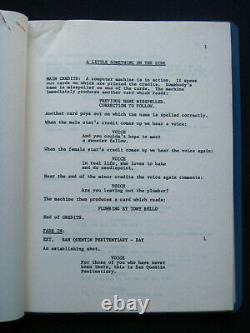 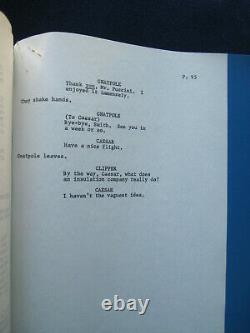 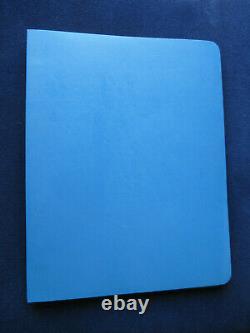 HOT MILLIONS - THE FILM - IRA WALLACH & PETER USTINOV. Hot Millions (Originally Titled'A Little Something on the Side') - Screenplay by Ira Wallach. Original 95 page typed ribbon copy working draft manuscript screenplay, hand-dated 5-10-65, for the 1968 film Hot Millions (originally titled'A Little Something on the Side') directed by Eric Till, starring Peter Ustinov, Maggie Smith, Karl Malden, Bob Newhart, Robert Morley, and Cesar Romero. The story of a recently released ex-con (Ustinov) who discovers that the business and banking world has become computerized and, if he is to resume his old ways, he must enlist the aid of a computer whiz (Romero) in order to get his new embezzlement scheme off the ground.

Screenwriters Ira Wallach and Peter Ustinov were nominated for an Oscar for Best Writing, Story and Screenplay - Written Directly for the Screen. This item is in the category "Entertainment Memorabilia\Movie Memorabilia\Scripts\Originals\Unsigned". The seller is "catstarbuck" and is located in this country: US.