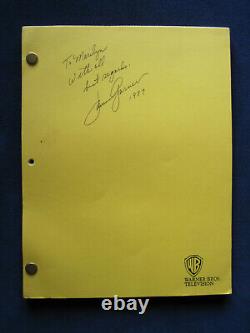 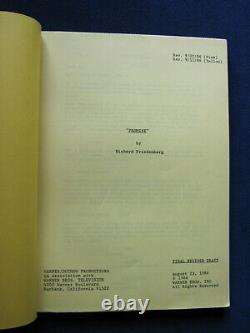 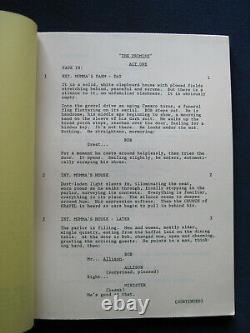 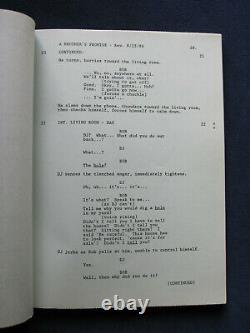 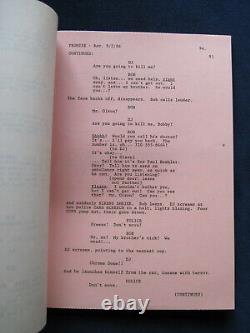 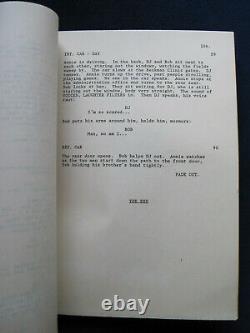 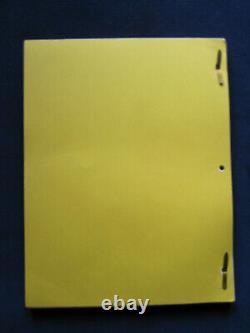 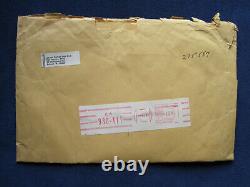 Signed and inscribed by the actor James Garner on the front cover: "To Marilyn, With all best regards, James Garner, 1987". Original 89 page revised shooting script with color rewrite pages for the television movie Promise, written by Richard Friedenberg, starring James Garner, James Woods, and Piper Laurie. Bradbound in printed studio wrappers. With the postmarked manila mailing envelope from the James Garner Fan Club addressed to the recipient. The movie tells the story of Bob Beuhler (Garner) who inherits his mother's house and the custody of his younger brother (Woods), who suffers from schizophrenia and epilepsy, whom Bob promised to look after when he was younger.