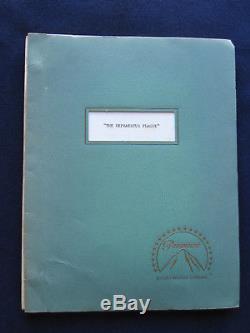 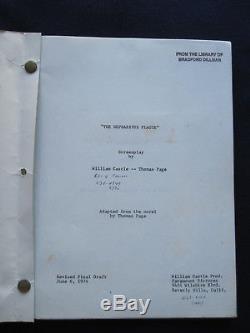 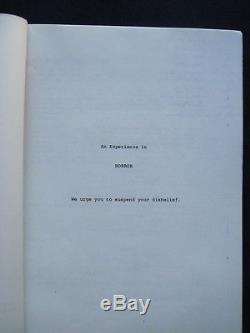 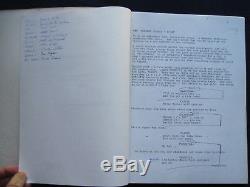 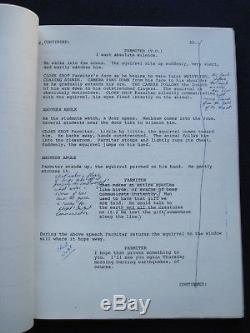 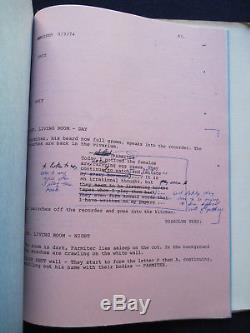 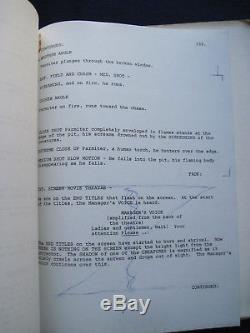 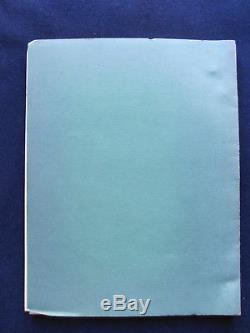 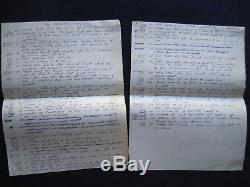 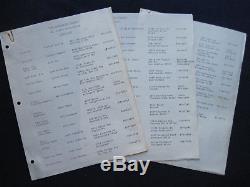 Beverly Hills, CA: William Castle Prod. Original revised final draft shooting script for the cult horror film Bug with the original title The Hephaestus Plague from the novel of the same name by Thomas Page. The script was written by William Castle, the great B-movie horror thriller director and producer and the film was directed by Jeannot Szwarc, starring Bradford Dillman, Joanna Miles, Richard Gilliland, Jamie Smith-Jackson, and, Alan Fudge. This was Dillmans working script with his extensive notations throughout and a two separate pages of notes on both sides for his character James Parminter. With his estate stamp which reads, From the Library of Bradford Dillman.

Bradbound, 109 pages, dated June 6, 1974. With a 3 page crew list. Near fine lightly handled copy with some minor fading to the printed studio covers. William Castle (1914 - 1977) was one of the all-time great horror and thriller filmmakers whose significant body of work includes such classics as The Tingler (1959), The Old Dark House (1963) - a remake of the 1932 James Whale film, I Saw What You Did (1965) with Joan Crawford, etc.. In addition to his independent film work, he produced a number of important films, including Rosemarys Baby (1968), The Lady from Shanghai written, directed by, and starring Orson Welles, and The Night Walker (1964) written by Robert Bloch with Barbara Stanwyk and Robert Taylor.

He was trained at the Actors Studio under Lee Strasberg and knew James Dean in early television. Dillman rose to sudden fame with his appearance in Richard Fleishers film Compulsion (1959) with Dean Stockwell and Orson Welles, and continued in movies throughout his career in such films as The Way We Were, The Iceman Cometh, The Enforcer, Sudden Impact, Crack in the Mirror, Escape From the Planet of the Apes, Francis of Assisi, Piranha, The Swarm, etc. A great success in television, Dillman appeared in a remarkable number of shows and made for TV movies in a variety of genres, including, Mission Impossible, The Man from U. Columbo, Wagon Train, Ironside, Dynasty, The Wild Wild West, Thriller, Wonder Woman, Cannon, Barnaby Jones, and many others. The item "ORIGINAL SCRIPT William Castle's Cult Classic Film BUG BRADFORD DILLMAN'S Copy" is in sale since Saturday, June 2, 2018.