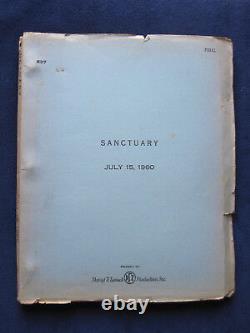 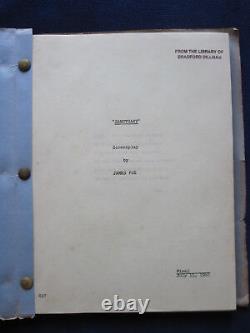 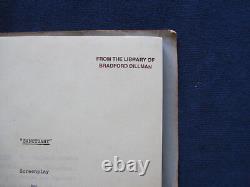 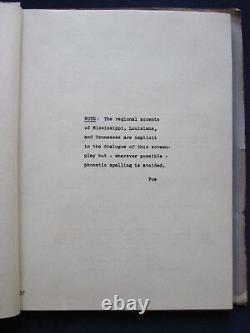 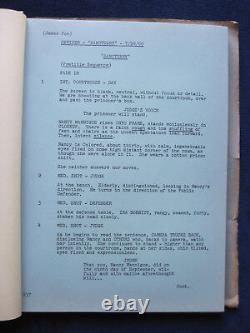 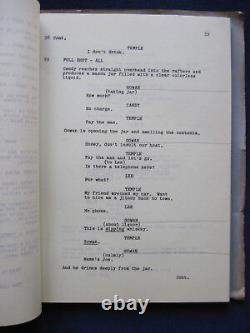 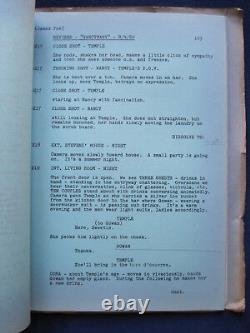 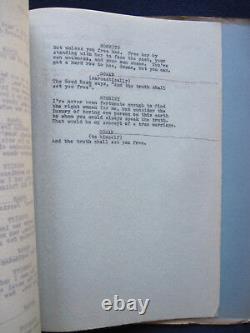 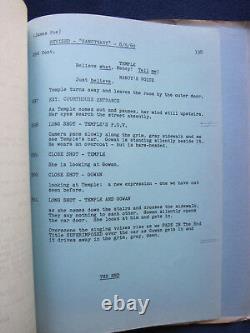 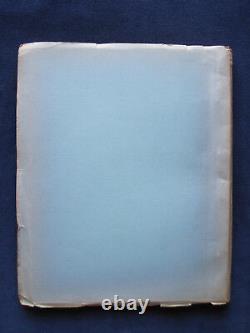 Zanuck Productions / Twentieth Century-Fox, 1960. Original final draft shooting script with color rewrite pages for the film Sanctuary written by James Poe, based on the novel by William Faulkner, directed by Tony Richardson, and starring Bradford Dillman. This was Dillman's working script with his scene notations throughout. With Dillman's estate stamp which reads, "From the Library of Bradford Dillman".

Bradbound, 138 pages, dated July 15, 1960. Dillman plays the character of Gowan Stevens, with Lee Remick as Temple Drake, and Yves Montand as Candy Man. An earlier film adaptation of Faulkner's 1931 novel is the 1933 film The Story of Temple Drake starring Miriam Hopkins in the title role. A lightly handled copy with some minor darkening to the covers and a bit of edge wear. He was trained at the Actors Studio under Lee Strasberg and knew James Dean in early television.

Dillman rose to sudden fame with his appearance in Richard Fleisher's film Compulsion (1959) with Dean Stockwell and Orson Welles, and continued in movies throughout his career in such films as The Way We Were, The Iceman Cometh, The Enforcer, Sudden Impact, Crack in the Mirror, Escape From the Planet of the Apes, Francis of Assisi, Piranha, The Swarm, etc. A great success in television, Dillman appeared in a remarkable number of shows and made for TV movies in a variety of genres, including, Mission Impossible, The Man from U.

Columbo, Wagon Train, Ironside, Dynasty, The Wild Wild West, Thriller, Wonder Woman, Cannon, Barnaby Jones, and many others. This item is in the category "Entertainment Memorabilia\Movie Memorabilia\Scripts\Originals\Unsigned". The seller is "catstarbuck" and is located in this country: US.