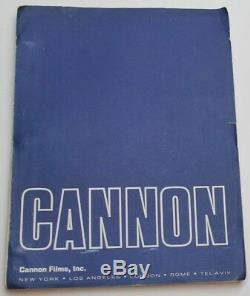 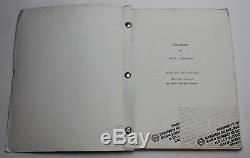 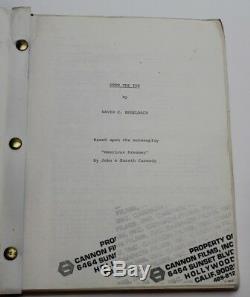 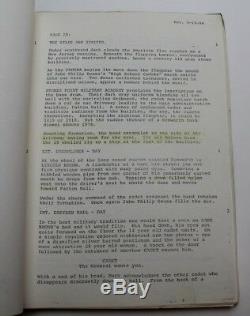 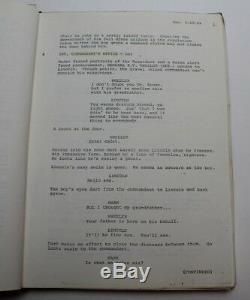 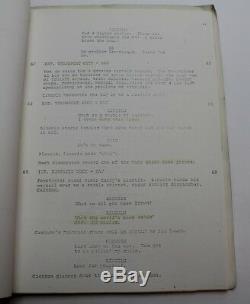 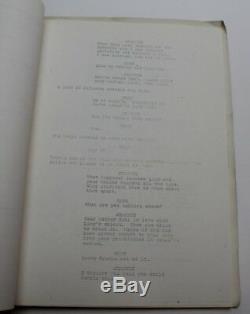 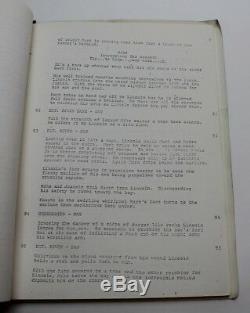 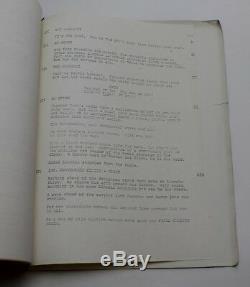 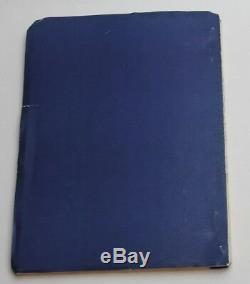 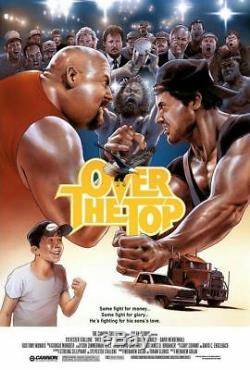 Script Dated: May 15, 1984. This is an Original Movie Script used during the making of 1987 film titled, "Over the Top". It has the original blue, Cannon Films, production cover. This is an early draft from May 15, 1984, written by David Engelbach. It has all white pages throughout the script and it is 116 pages long. Some of the text is very faint on many of the pages inside, and barely readable.

This is how the production company, Cannon Films, issued these early draft scripts out to the Cast and Crew members. Some of the pages inside have highlighter markings over the text. It has the title handwritten along the spine using a marker.

This script shows the appropriate signs of aging. Please view all of the pictures provided above. It is in good overall condition. Lincoln Hawk (Stallone) is a struggling trucker who arm wrestles on the side to make extra cash while trying to rebuild his life.

After the death of his wife, he tries to make amends with his son who he left behind 10 years earlier. Upon their first meeting, his son does not think too highly of him until he enters the World Arm Wrestling Championships in Las Vegas. THE POSTER SHOWN IN THE LAST PICTURE ABOVE IS NOT INCLUDED, IT IS JUST BEING USED AS A VISUAL REFERENCE. Specializes in rare and collectible movie scripts.

The item "Over the Top / David Engelbach 1984 Movie Script, arm wrestling championships" is in sale since Saturday, April 13, 2019. This item is in the category "Entertainment Memorabilia\Movie Memorabilia\Scripts\Originals\Unsigned". The seller is "themoviewizard" and is located in Van Nuys, California. This item can be shipped to United States, Australia.