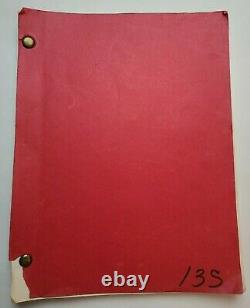 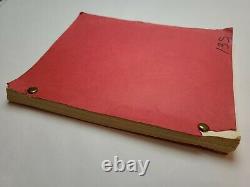 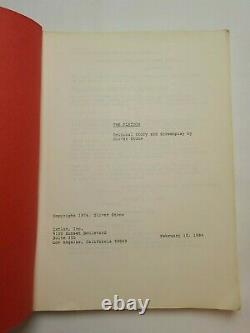 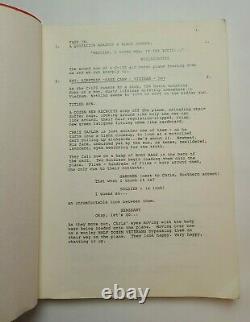 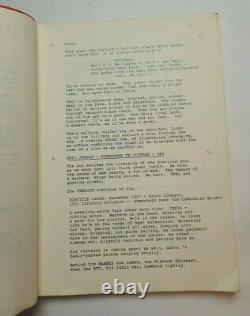 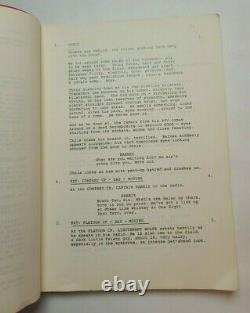 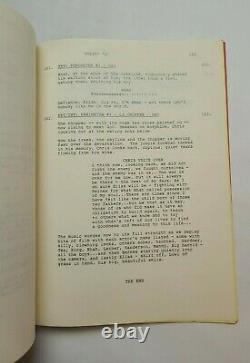 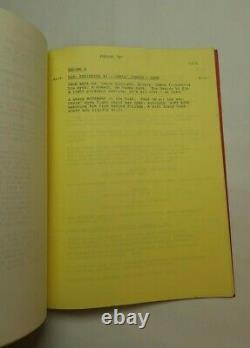 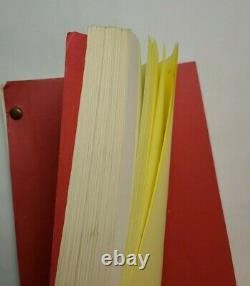 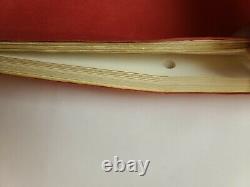 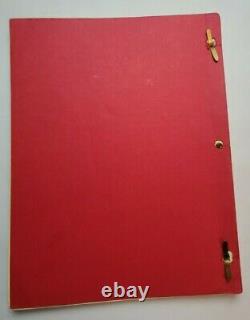 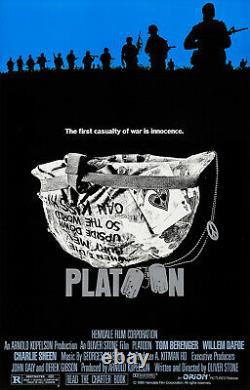 Script Last Dated: February 1986. This is an original movie script used during the making of 1986 film titled, "Platoon". This script has the original plain red production cover used by the production company during filming, which has a handwritten number on the bottom right corner. The front cover is torn on the bottom left corner. It is the complete script and it is 122 pages long. It has clean first generation white. Pages throughout it inside with no ghost holes or copy marks on the pages. It also includes the alternate ending to the script called "Ending B" which is on the 6 yellow pages at the back of the script. P lease view all of the pictures above carefully.

This script is in good overall condition. Chris Taylor is a young, naive American who gives up college and volunteers for combat in Vietnam. Upon arrival, he quickly discovers that his presence is quite nonessential, and is considered insignificant to the other soldiers, as he has not fought for as long as the rest of them and felt the effects of combat. Chris has two non-commissioned officers, the ill-tempered and indestructible Staff Sergeant Robert Barnes and the more pleasant and cooperative Sergeant Elias Grodin.

A line is drawn between the two NCOs and a number of men in the platoon when an illegal killing occurs during a village raid. As the war continues, Chris himself draws towards psychological meltdown. And as he struggles for survival, he soon realizes he is fighting two battles, the conflict with the enemy and the conflict between the men within his platoon. THE POSTER SHOWN IN THE LAST PICTURE ABOVE IS NOT INCLUDED, IT IS JUST BEING USED AS A VISUAL REFERENCE.