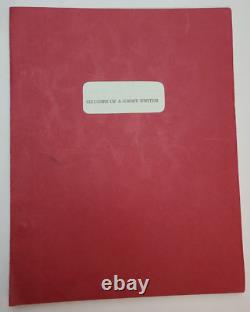 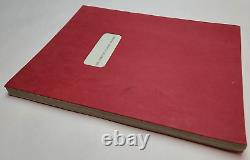 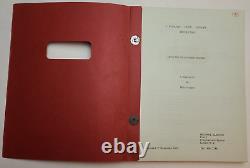 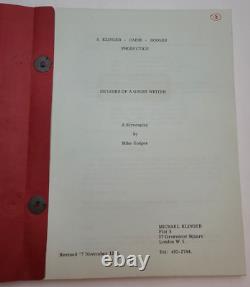 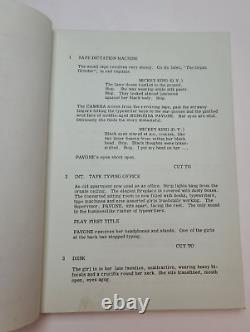 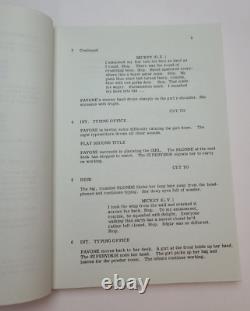 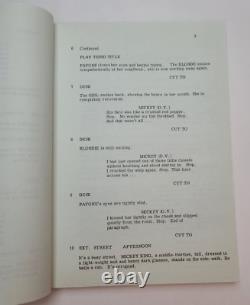 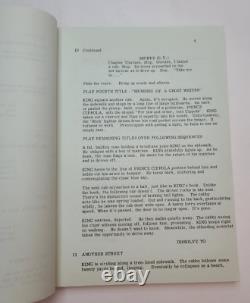 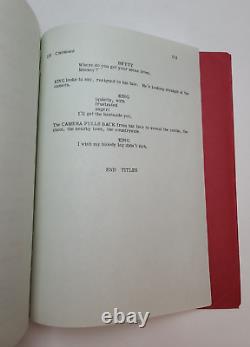 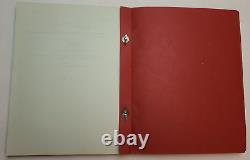 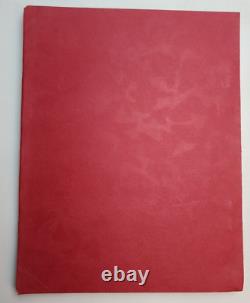 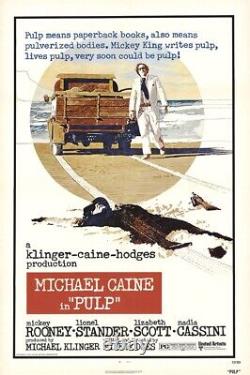 Memoirs of a Ghost Writer. This is an Original Movie Script used during the making of the 1972 film titled, "Pulp". The Title Page has the Working Title of the film which was, "Memoirs of a Ghost Writer". This script has the original red, window styled, production cover. Please view the first picture above carefully. This script has all white pages throughout it inside.

It is complete and it is 112 pages long. All of the pages inside are in very good condition. Please view all of the pictures above carefully.

A seedy writer of sleazy pulp novels is recruited by a quirky, reclusive ex-actor to help him write his biography at his house in Malta. THE POSTER SHOWN IN THE LAST PICTURE ABOVE IS NOT INCLUDED, IT IS JUST BEING USED AS A VISUAL REFERENCE.