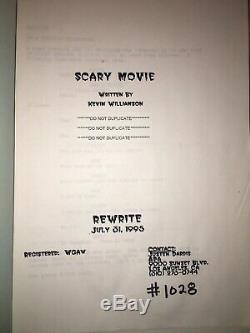 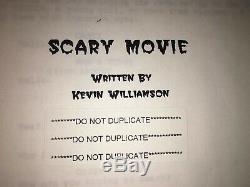 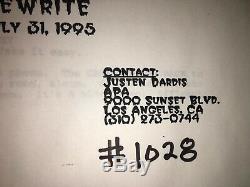 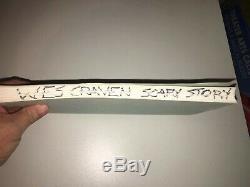 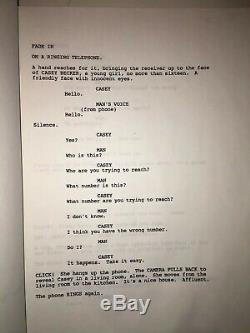 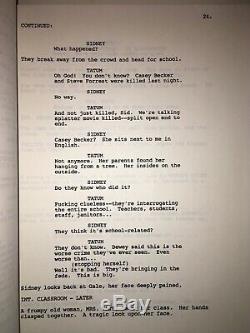 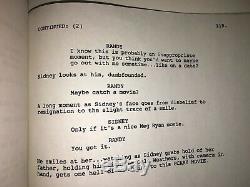 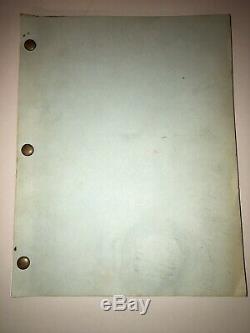 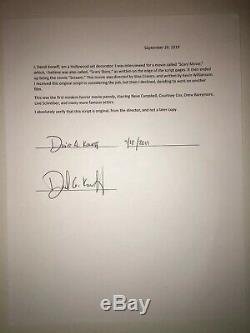 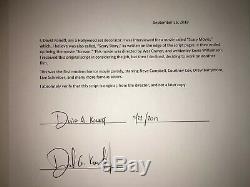 A s you can see you written on the binding, it was also called Scary Story, before finally settling on Scream. OK, so when I say original, this is an original from 1995, which was a copy given out from the production company with a number on it to secure its pl ace in the lineup s o the person r eceiving the script would be fully accountable for it if it had it gotten out to the public. T HIS IS NOT A LATER PHOTO-COPY. I received this script from David Koneff.

He is a Hollywood set decorator. He was offered the job for this movie, but had taken another job on another film at the time. K o n e f f signed said paperwork. I personally received the paperwork from him. The item "RARE Early Original SCREAM Movie Script- Original Name Scary Movie Wes Craven" is in sale since Thursday, October 3, 2019. This item is in the category "Entertainment Memorabilia\Movie Memorabilia\Scripts\Originals\Unsigned". The seller is "vintagepickin" and is located in Sierra Madre, California.