REBECCA (Aug 24, 1939) Film script based on the novel by Daphne du Maurier 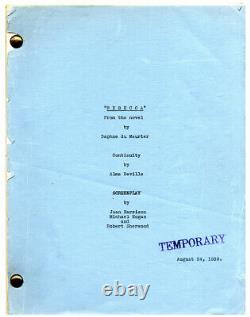 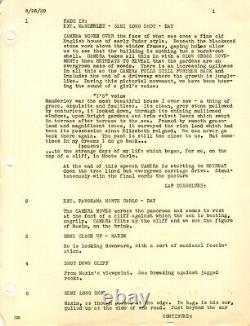 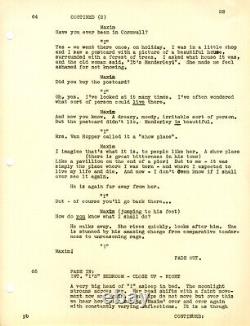 Overall near fine or better. The continuity is credited to Hitchcock's wife, Alma Reville. The screenplay is credited to Joan Harrison, Michael Hogan and Robert Sherwood. A copious transitional script for Hitchcock's classic masterpiece. The movie won the 1940 Academy Award for Best Picture; Sherwood and Harrison were nominated for Best Adapted Screenplay; and Joan Fontaine received a Best Actress nomination for playing the protagonist, the second Mrs.

De Winter, referred to in the screenplay simply as "I". It must come back in the same condition as it was sent. AUTHENTICATION: My name is Walter Reuben. I have been collecting movie posters since 1978.

I have been a full-time dealer since 1982. Everything which I sell is fully researched and entirely guaranteed to be completely authentic and as described. A lifetime of experience goes behind every description of every piece which I offer. ABOUT ME: For further information, go to the ABOUT ME.