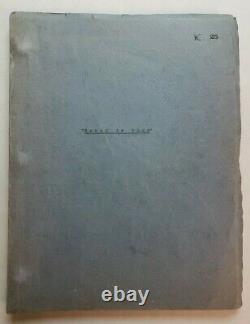 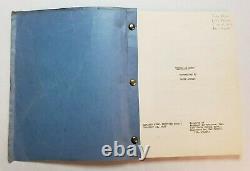 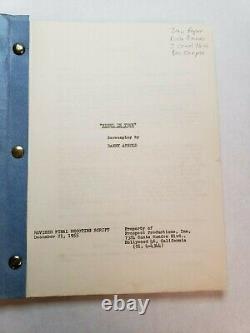 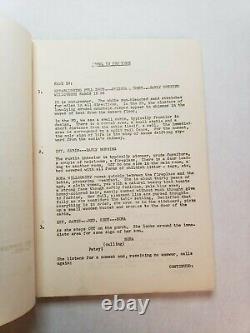 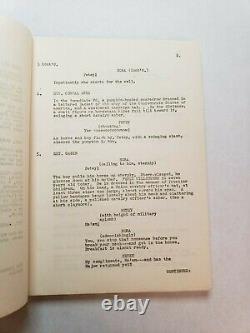 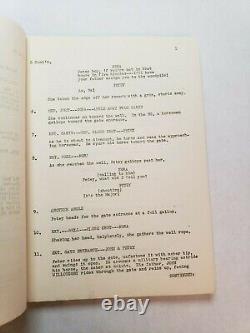 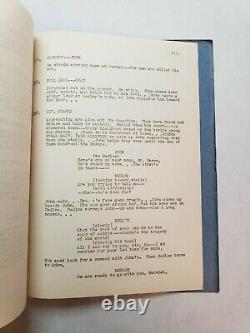 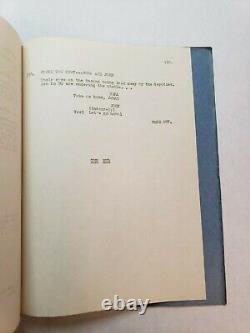 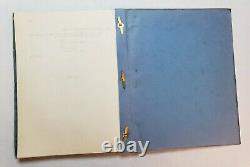 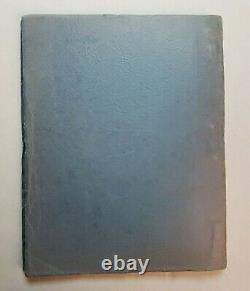 This is an Original Movie Script used during the making of the 1956 Western film titled, "Rebel in Town". It has the original blue production cover with the title on it. It is the Revised Final Shooting Script.

This script has all white pages throughout it inside. It is complete and it is 116 pages long. Please view all of the pictures provided above. This script is in good overall condition.

It shows the appropriate signs of aging for being used during the 1950's. Ex-Confederate Bedloe Mason and his four sons ride into a small Western town with robbery in mind. The Mason clan then flees but Gray Mason, feeling remorse, decides to return to the town. He winds up at the home of John and Nora Willoughby who, unknown to him, are parents of the dead boy.

Nora recognizes him as one of the Confederates but keeps quiet, wishing to avoid more violence. However, when John learns of Gray's true identity, he determines to avenge his son's death. THE POSTER SHOWN IN THE LAST PICTURE ABOVE IS NOT INCLUDED, IT IS JUST BEING USED AS A VISUAL REFERENCE. Specializes in rare and collectible movie scripts. Our scripts are genuine, authentic and screen used. We also carry movie props from no genre in particular. Furthermore, all of our items that are not props or scripts can be found in our Other Memorabilia category. We do not sell reproductions or fakes.