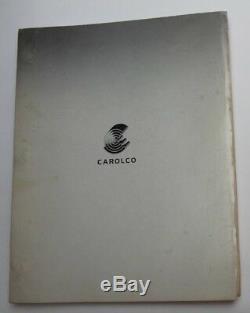 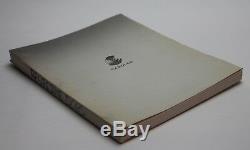 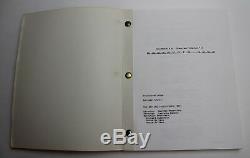 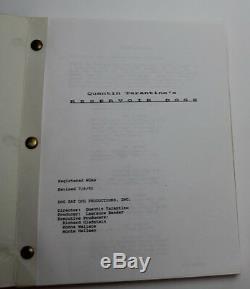 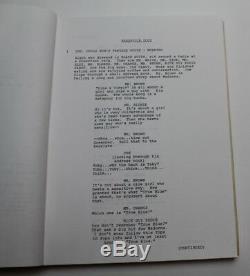 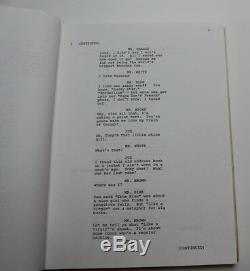 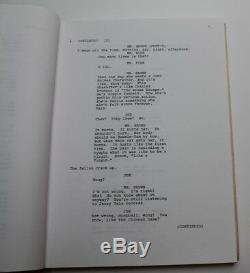 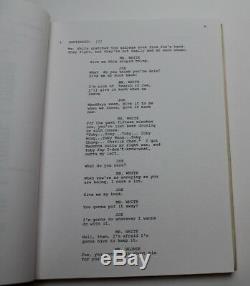 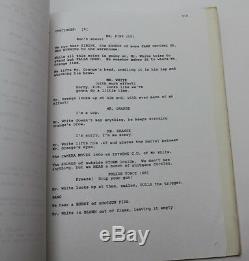 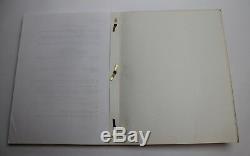 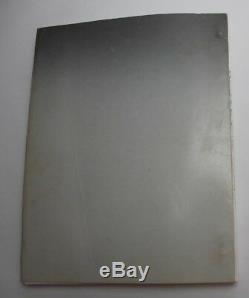 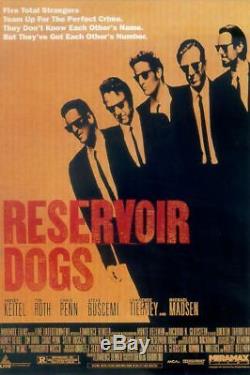 Script Dated: July 6, 1991. This is an Original Movie Script from the 1992 Quentin Tarantino film, "Reservoir Dogs". This script has the original Carolco production cover. It has all white pages inside and. This is a Revised Draft dated July 6, 1991.

Please view all of the pictures provided above. This script is in very good overall condition. Six criminals, who are strangers to each other, are hired by a crime boss, Joe Cabot, to carry out a diamond robbery. Right at the outset, they are given false names with the intention that they won't get too close and will concentrate on the job instead. They are completely sure that the robbery is going to be a success. But, when the police show up right at the time and the site of the robbery, panic spreads amongst the group members, and two of them are killed in the subsequent shootout, along with a few policemen and civilians. When the remaining people assemble at the premeditated rendezvous point (a warehouse), they begin to suspect that one of them is an undercover cop. THE POSTER SHOWN IN THE LAST PICTURE ABOVE IS NOT INCLUDED, IT IS JUST BEING USED AS A VISUAL REFERENCE. Specializes in rare and collectible movie scripts. Our scripts are genuine, authentic and screen used. We also carry movie props from no genre in particular. Furthermore, all of our items that are not props or scripts can be found in our Other Memorabilia category. We do not sell reproductions or fakes. We have one of the largest collections of original movie screenplays in the world.

This makes original movie scripts very desirable because of how scarce they are. Any changes made to the screenplay during production are known as revisions and these revision pages are inserted into that one script that was issued out to them. For example, if we are talking about a low-budget film with a small cast and only a few crew members, there are actually only a small number of scripts in existence around the world for that film. This aspect of collecting makes it fun but also difficult because there may be a certain writer or director that you love to collect and there may only be a handful of movie scripts that still exist from that specific film that you are looking for. We have some of the rarest movie scripts in the world. Each film project has a different total number of scripts that are issued.

Once you check off this little box it will allow you to search for a specific word that is contained in any of our listings' actual description. Here all of the original movie scripts will be categorized by decade, which will help you to narrow down what you are looking for by the year it was made. The item "RESERVOIR DOGS / Quentin Tarantino 1991 Original Movie Script Screenplay" is in sale since Friday, March 29, 2019. This item is in the category "Entertainment Memorabilia\Movie Memorabilia\Scripts\Originals\Unsigned".