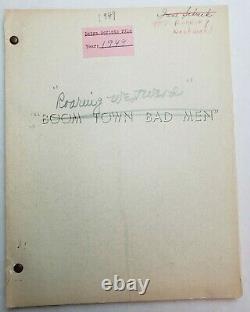 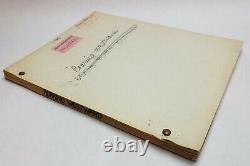 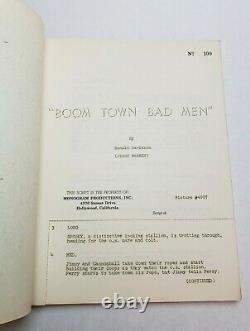 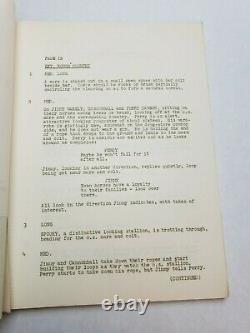 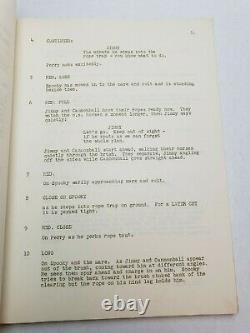 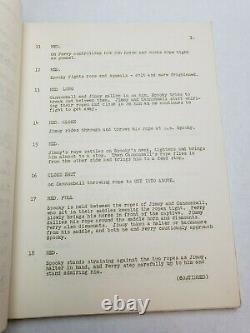 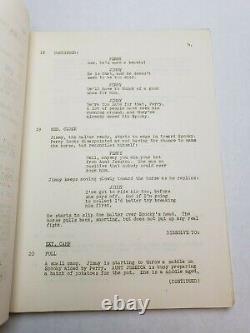 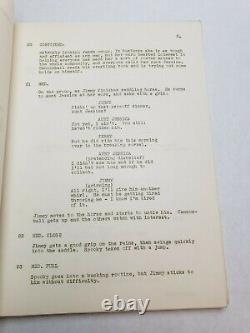 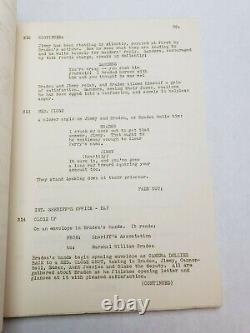 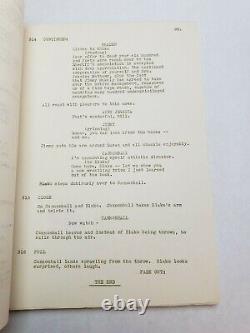 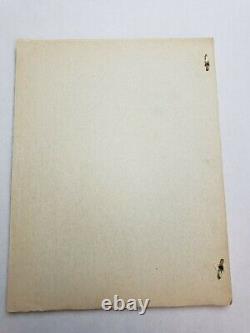 Working Title: Boom Town Bad Men. This is an Original Movie Script used during the making of the 1949 Western film titled, "Roaring Westward". It has the original production cover. The cover has the Working Title of the film which was, "Boom Town Bad Men". The actual title has been handwritten on the cover, using a pencil.

This script has all white pages throughout it inside. It is complete and it is 93 pages long.

The Title Page inside has the script receipt detached from it. The title has been written along the spine of the script, using a black marker. Please view all of the pictures provided above.

This script is in good overall condition. It shows the appropriate signs of aging for being used during the 1940's.

Cowhand Jimmy Wakely gives a stallion, "Spooky", to 16-year-old Perry, vacationing with rancher Aunt Jesica, who has taken the boy from the Sheriff's Association School. Prospector "Mossy" Stevens is murdered by claim jumper Sanders and a henchman.

Marshal Bill Braden, Sanders forces Perry to change clothes with him and then he escapes on Spooky. Perry chases Sanders but is shot by Braden who thinks he is the outlaw being chased. Jimmy and Aunt Jessica berate Braden for the shooting, and the Sheriff's Association school loses its funding because of Perry's suspected involvement of the murder of Stevens. Jimmy joins the Morgan-Bart mine-jumping gang, to the annoyance of gang-member Sanders. "Cannonball" finds "Spooky", and Jimmy learns that Sanders rode him after the murder of Stevens.

Aunt Jessica reveals to Susan Braden, the Marshal's daughter, that Jimmy is working with the gang to clear Perry's name. Sanders overhears this, tells Morgan, who plots Jimmy's.. THE POSTER SHOWN IN THE LAST PICTURE ABOVE IS NOT INCLUDED, IT IS JUST BEING USED AS A VISUAL REFERENCE.