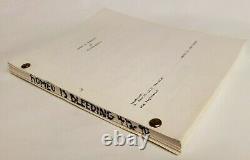 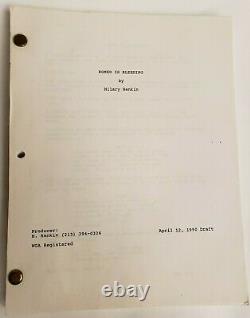 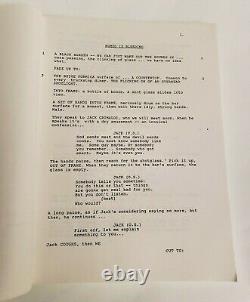 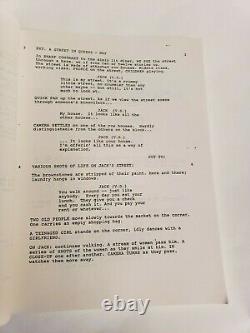 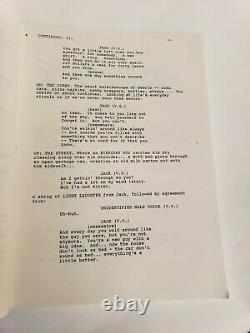 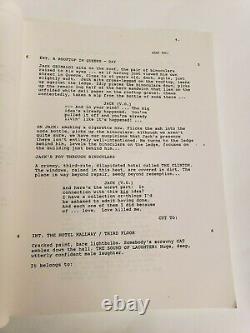 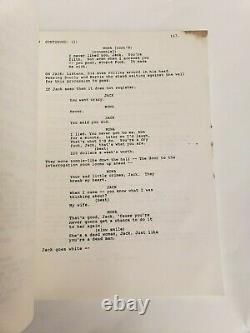 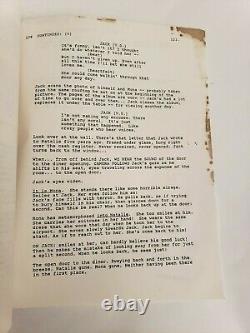 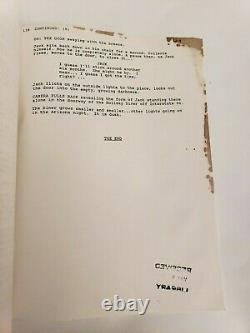 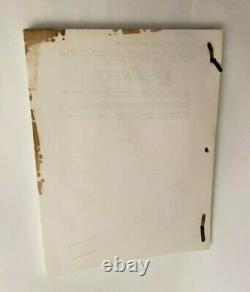 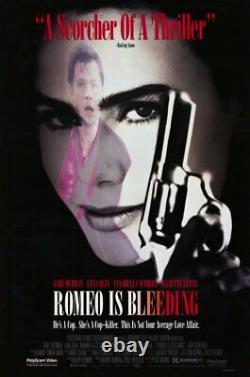 Script Dated: April 12, 1990. This is an original movie script used during the early stages in making the 1993 film titled, " Romeo is Bleeding". This is a very early WGA Registered Draft dated April 12, 1990.

The final film wasn't released until late 1993. This script has all white pages throughout inside and it is 123 pages long. Some of the back pages and outer edges of the script have a brown stain mark. Please view all of the pictures above carefully. The title of the movie is written in black marker along the spine.

Detective Jack Grimaldi (Gary Oldman) takes us through his shattered life after encountering the most deadly (and deceptive) criminal he has ever had to deal with. It doesn't help that Grimladi is playing both sides against the middle. When he encounters Demarkov (Lena Olin) he thinks he can play her as he has all the other women in his life... But Demarkov knows Jack better than he knows himself.

She plays him mercilessly, all the while threatening to kill him when she tires of the game. THE POSTER SHOWN IN THE LAST PICTURE ABOVE IS NOT INCLUDED, IT IS JUST BEING USED AS A VISUAL REFERENCE. Specializes in rare and collectible movie scripts.

Whatever actor, producer, director, writer or specific film department you are looking for, we probably have a movie script related to the person you are looking for in some form or fashion. I know that there are a lot of items to search through, but there is definitely something for you. Once you check off this little box it will allow you to search for a specific word that is contained in any of our listings' actual description. Here all of the original movie scripts will be categorized by decade, which will help you to narrow down what you are looking for by the year it was made. The item "ROMEO IS BLEEDING / Hilary Henkin 1990 Movie Script Screenplay, early WGA Draft" is in sale since Saturday, May 30, 2020.