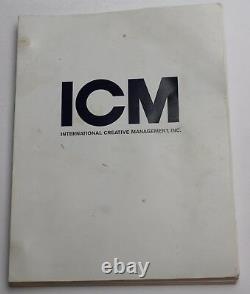 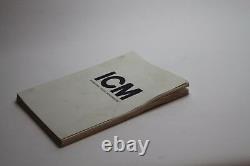 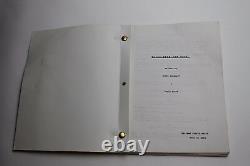 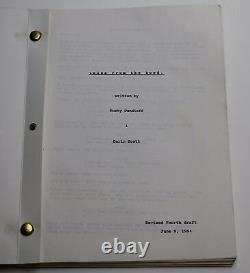 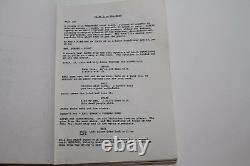 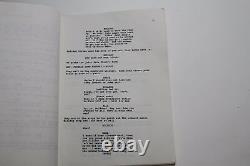 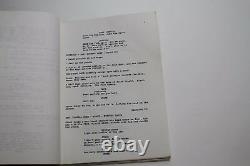 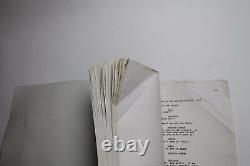 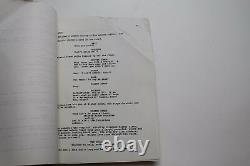 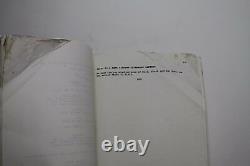 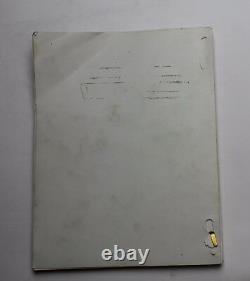 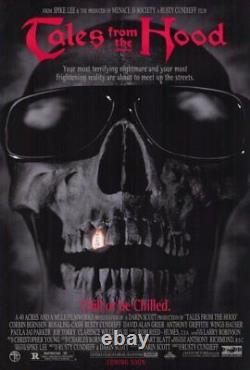 This is a movie script from the 1995 film, Tales from the Hood. This script has all white pages inside and it is 99 pages long.

It has the white ICM cover. Is not the actual production company of this film.

However, this script is original in the sense that it was still used in the early development stages when they were shopping around for Actors and Directors to take on this project, which makes this vintage script collectible and valuable for that reason. This script shows the appropriate aging for being over 30 years old. Some pages towards the end have folding, to the upper corners.

Please view the pictures above. This script is in good overall condition. ICM Partners' motion picture department is a worldwide organization that represents film actors, directors and writers ranging from Hollywoods best-known names to the next generation of emerging stars from around the globe. The departments independent and international group is a market leader in structuring and arranging financing, packaging, and securing distribution for independent motion pictures. The department also features a division dedicated to key production professionals such as cinematographers, editors, 2nd unit directors, production designers, costume designers, and visual effects supervisors.

Our scripts are genuine, authentic and screen used. We also carry movie props from no genre in particular. Furthermore, all of our items that are not props or scripts can be found in our Other Memorabilia category. We do not sell reproductions or fakes, unless clearly stated in the description provided. We have one of the largest collections of original movie screenplays in the world.

I know that there are a lot of items to search through, but there is definitely something for you. Once you check off this little box it will allow you to search for a specific word that is contained in any of our listings' actual description. Here all of the original movie scripts will be categorized by decade, which will help you to narrow down what you are looking for by the year it was made. The item "Rusty Cundieff / Tales from the Hood, 1994 Movie Script Screenplay, Horror Film" is in sale since Saturday, May 30, 2020.