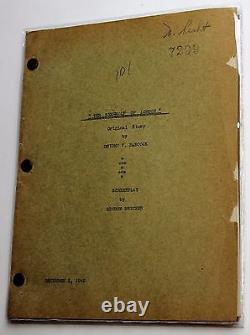 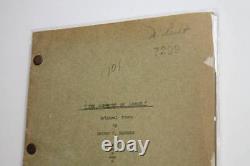 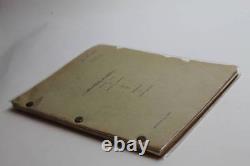 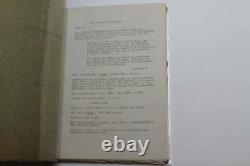 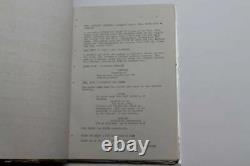 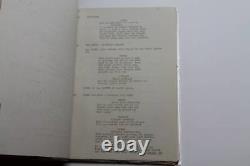 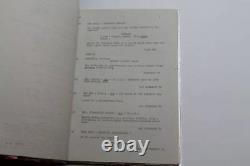 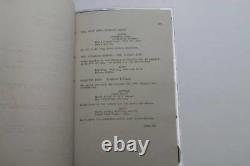 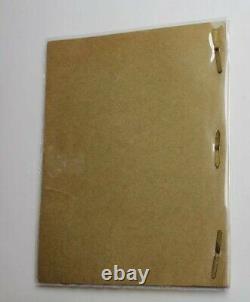 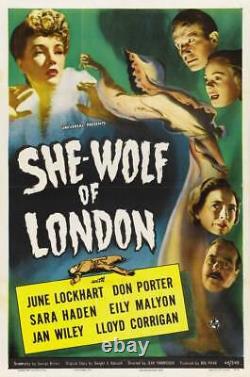 Script Dated: December 4, 1945. This is an Original Movie Script from the 1946 Universal Pictures movie, She-Wolf of London. It has the original, Universal Studios, production cover.

The cover is inside of a protective plastic, mylar sleeve which is why there is a glare in some of the pictures. It is 101 pages long. Please view all of the pictures provided above. It is in good overall condition.

Several murders have been committed in a London park and the victims have been savagely clawed about the throat. The police believe that a woman is a killer, and perhaps she is a (she) werewolf. Heiress Phyllis Allenby, fears she is the criminal, based on the family legend of the "Allenby Curse" which was the belief that members of the family at times assumed the form of a wolf.

Her aunt's constant reminders to her of the "Allenby Curse" only serves to keep her niece's fears alive. POSTER IS NOT INCLUDED, IT IS JUST BEING USED AS A VISUAL REFERENCE.

This item is in the category "Entertainment Memorabilia\Movie Memorabilia\Scripts\Originals\Unsigned". The seller is "themoviewizard" and is located in this country: US. This item can be shipped to United States, Canada.