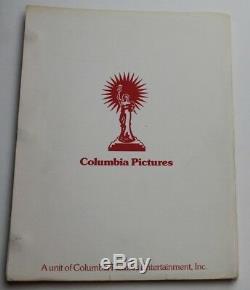 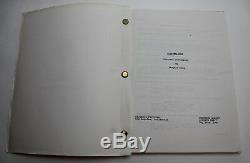 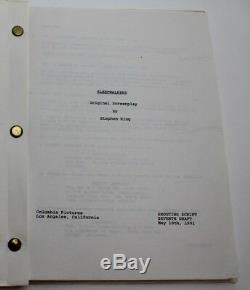 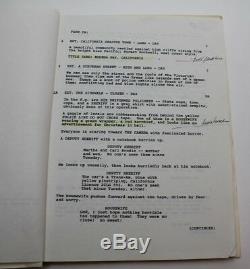 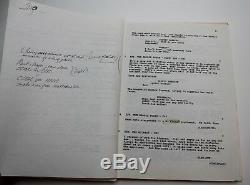 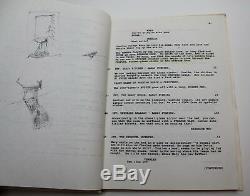 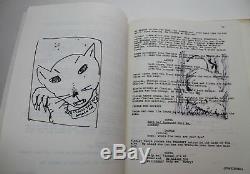 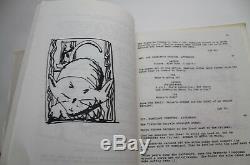 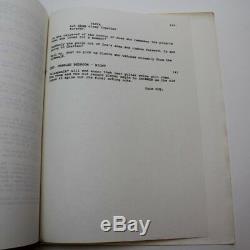 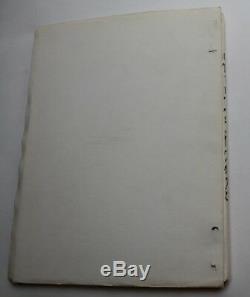 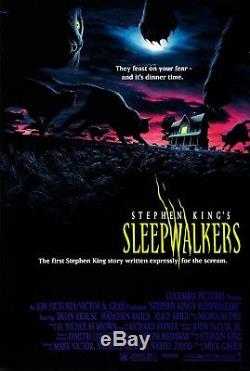 This is an Original Movie Script used during the making of the 1992 Horror film titled, "Sleepwalkers". It has the original, Columbia Pictures, production cover. This script is complete and is 114 pages long. There is no name on this script, but it was most likely used by a Makeup Artist or a Visual Effects crew member. There are some handwritten notations on several of the pages inside, as well as 3 hand drawn images. One of the drawings is a picture of'Clovis' the attack cat. As you can see in the pictures provided above these images were hand drawn with a pen or marker and the marker has bled through the page onto the backside of the page. It has the title of the film handwritten along the spine, using a black marker. Please view all of the pictures provided above. It shows the appropriate signs of aging for being over 25 years old. It is in very good overall condition. Charles Brady and his mother Mary move to a small Indiana town, having recently fled Bodega Bay, California after draining and killed a young girl there.

They are sleepwalkers - they can change their appearance and they need the lifeforce from young women. Charles has picked out young Tanya Robertson, whom he meets at a local high school, as his next victim. He asks her out for a date and invites her home... However, she did not suspect his real interest in her. On their first date, a picnic at a nearby cemetery, Charles attempts to drain the lifeforce from Tanya for himself and his mother.

THE MOVIE POSTER SHOWN IN THE LAST PICTURE ABOVE IS NOT INCLUDED, IT IS JUST BEING USED AS A VISUAL REFERENCE. Specializes in rare and collectible movie scripts. Our scripts are genuine, authentic and screen used. We also carry movie props from no genre in particular. Furthermore, all of our items that are not props or scripts can be found in our Other Memorabilia category.

Here all of the original movie scripts will be categorized by decade, which will help you to narrow down what you are looking for by the year it was made. The item "SLEEPWALKERS / Stephen King 1991 Movie Script Screenplay, supernatural creatures" is in sale since Saturday, May 30, 2020.