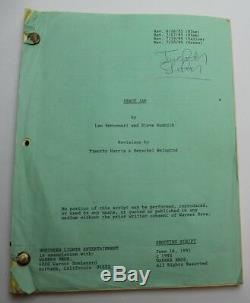 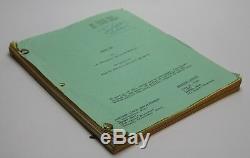 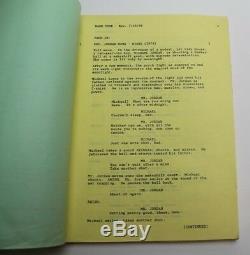 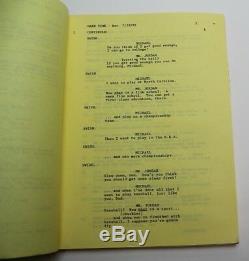 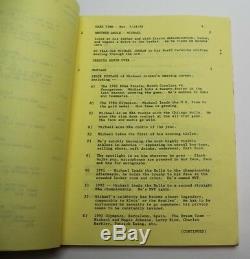 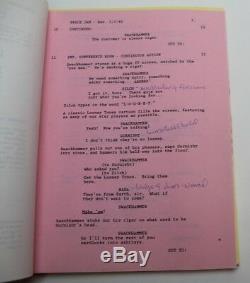 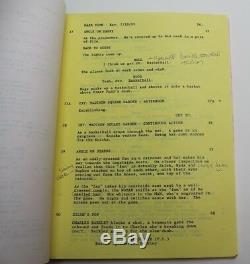 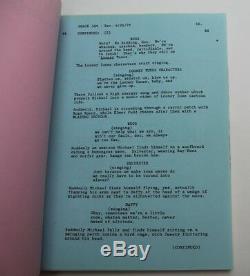 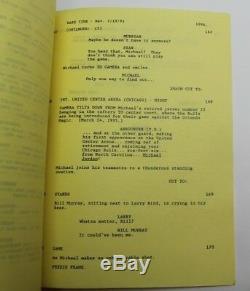 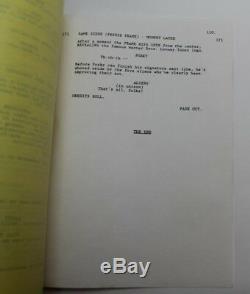 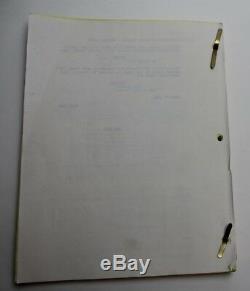 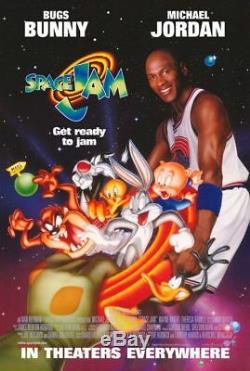 Writer: Leo Benvenuti and Steve Rudnick. This is an Original Movie Script from the Classic 1996 Michael Jordan Film, "Space Jam". This script was used by one of the C asting Assistant's.

Furthermore, there are handwritten annotations on some of the pages inside. This is a Revised Shooting Script. Multi-colored revision pages inside, which are only issued out to the cast and crew members and then inserted into the script. It is complete and is 110 pages long. The Title page has torn loose from the brass brads.

Please view all of the pictures provided above. It is in good overall condition. Swackhammer, owner of the amusement park planet Moron Mountain is desperate get new attractions and he decides that the Looney Tune characters would be perfect.

He sends his diminutive underlings to get them to him, whether Bugs Bunny and Co. Want to go or not. Well armed for their size, Bugs Bunny is forced to trick them into agreeing to a competition to determine their freedom. Taking advantage of their puny and stubby legged foes, the gang selects basketball for the surest chance of winning.

However, the Nerdlucks turn the tables and steal the talents of leading professional basketball stars to become massive basketball bruisers known as the Monstars. In desperation, Bugs Bunny calls on the aid of Michael Jordan, the Babe Ruth of basketball, to help them have a chance at winning their freedom.