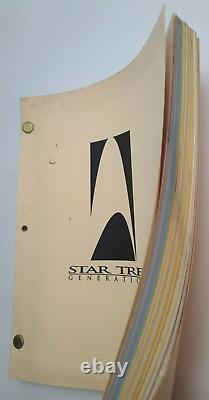 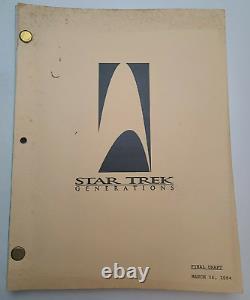 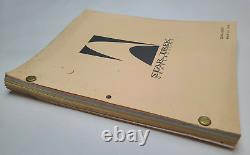 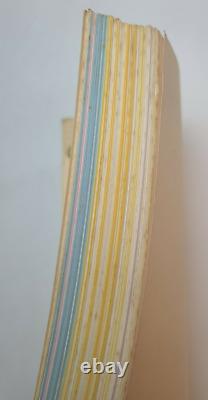 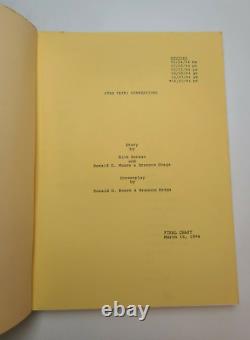 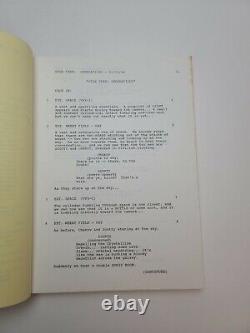 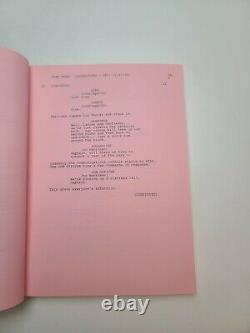 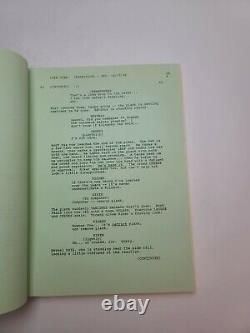 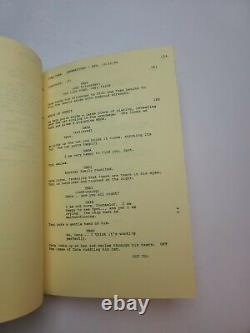 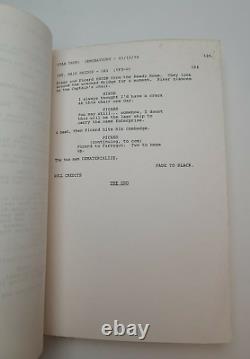 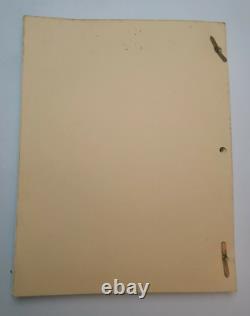 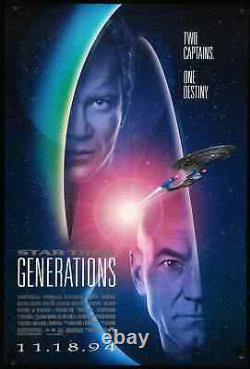 Script Last Dated: April 1994. This is an Original Movie Script used during the making of the 1994 film titled, "Star Trek: Generations".

This script has the original. Production cover which has the Title of the film on it. The outer edges of the cover have brown spotting and discoloration from being in storage for many years. This script has multi-colored revision pages throughout it inside.

It is 126 pages long. This is not like the other. Star Trek: Generations scripts that you will come across which are copies and have all white pages inside. This is the original script used by cast & crew members during filiming. Please view all of the pictures above carefully. This script is in good overall condition. It shows the appropriate signs of aging for being used during filming in the 1990's.

With the help of long presumed dead Captain Kirk, Captain Picard must stop a deranged scientist willing to murder on a planetary scale in order to enter a space matrix. THE POSTER SHOWN IN THE LAST PICTURE ABOVE IS NOT INCLUDED, IT IS JUST BEING USED AS A VISUAL REFERENCE. Specializes in rare and collectible movie scripts. Our scripts are genuine, authentic and screen used.